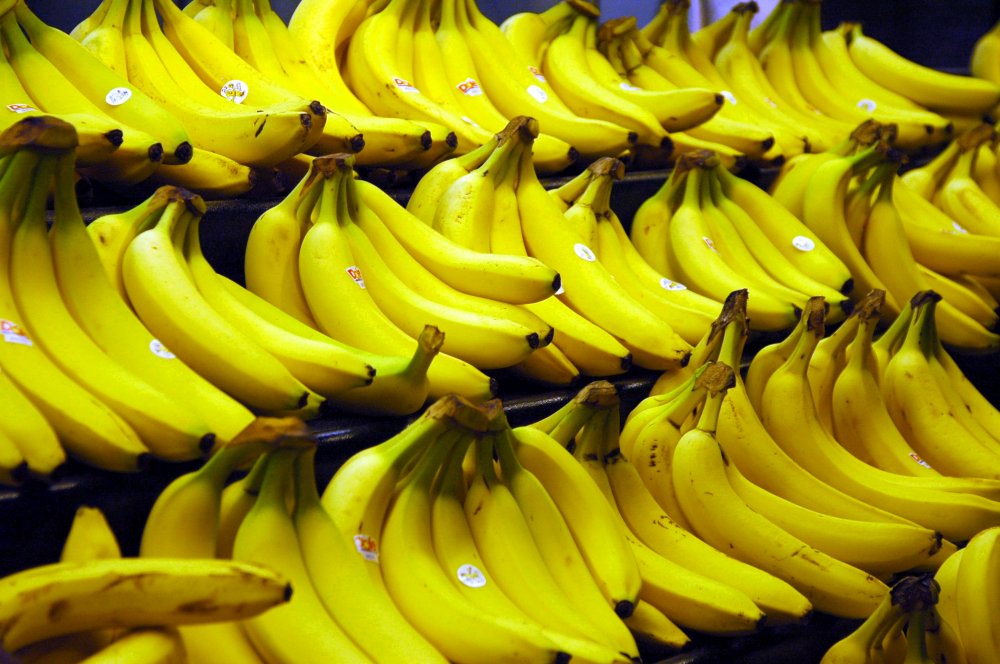 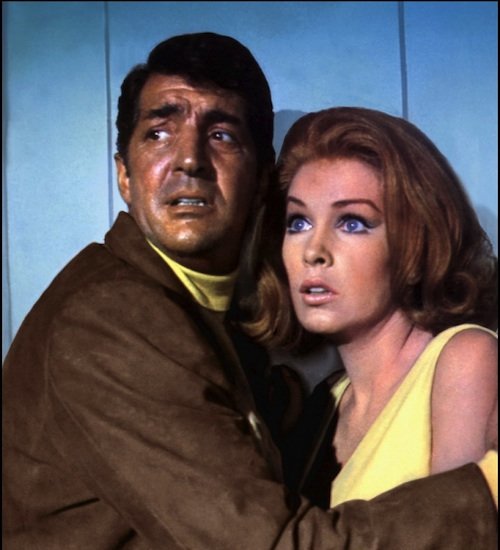 Somebody should have told DEAN MARTIN (Dino Paul Crocetti, 1917-95) that his canary-yellow turtleneck in the Matt Helm movies didn’t flatter a face tanned like saddle leather. Martin was already an established Hollywood and Vegas property when he made The Silencers (1966), first of four campy perversions of Donald Hamilton’s tough, witty spy novels, and subsequent influence on everything from Mel Brooks’s “Get Smart” series to Mike Myers’s Austin Powers franchise. The opening sequence has Helm sliding from a tilting circular bed into a vast bubble bath with his ‘secretary’ Lovey Kravezit then emerging to be buffed with power towels and fitted with silk kimonos dropped from above — the bachelor-pad equivalent of overcomplicated battle-prep assembly lines in Gerry Anderson’s Thunderbirds Are GO (also 1966) or Nick Park’s The Wrong Trousers (1993). The Helm movies are tedious babe-parades loosely draped over supervillian-in-underground-lair-bent-on-global-domination plots, but they mark an important shift in Dino’s long and unstoppable career: from cherished if slightly goofy crooner-comedian of the Martin-Lewis and Rat Pack heydays, to dinner-jacketed hunk of boiled meat. Hosting the Dean Martin celebrity roasts of the 1970s, laboured televisusal festspielen that skewered a gallery of hilo notables ranging from Barry Goldwater and Ralph Nader to Truman Capote and Evel Knievel, Martin reached his nadir. Always in the middle seat, making with the conspicuous guffaw, highball and cigarette reliably in hand, there was tan-tan Dino, cocoa-butter shell of a man. Kick in the head is right.