Imagine this was your house!!!

Say Yes to the Dress

Lars von Trier, director of the upcoming film Melancholia called himself a Nazi today causing outrage from the Anti-Defamation League and the Cannes Film Festival. Kirsten Dunst the film’s star was sitting next to him during his off color statements, much to her dismay.

Actress Kirsten Dunst, who is the star of his film, became visibly uncomfortable while the director spoke of being a Nazi sympathizer.

“Oh my God, this is terrible,” she said at one point to co-star Charlotte Gainsbourg. And after the press conference ended, the actress remarked to von Trier, “Oh, oh Lars. That was intense.”

The controversial director has since apologized for his comments, saying, “If I have hurt someone this morning by the words I said at the press conference, I sincerely apologize.”

And despite declaring, “Ok, I’m a Nazi,” he added in his statement, “I am not anti-Semitic or racially prejudiced in any way, nor am I a Nazi.”

Ridiculous! Lars von Trier likes to say shocking things to get attention, but this is just too much. This just seems like a very poor and desperate attempt to get attention for the upcoming film’s release. I was interested in this movie before, but this is pretty off-putting. I’ll probably just skip it, he doesn’t seem like a good person to support. What do you think? 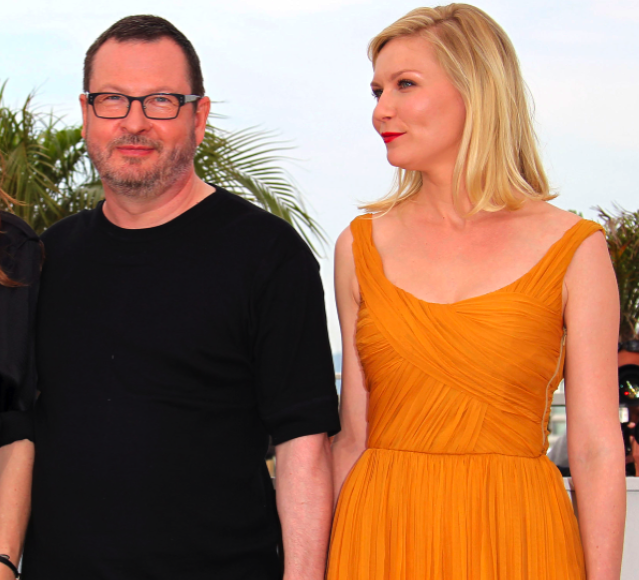 Mark Zuckerberg Mask!
Wolverine?...or 2 Bat Men? LOL
When van Gogh Lost His Mind
The Lotus
Madonna gets what she wants; by saying it.
See Beauty in Everything