Great Marriage Proposal at the Movies 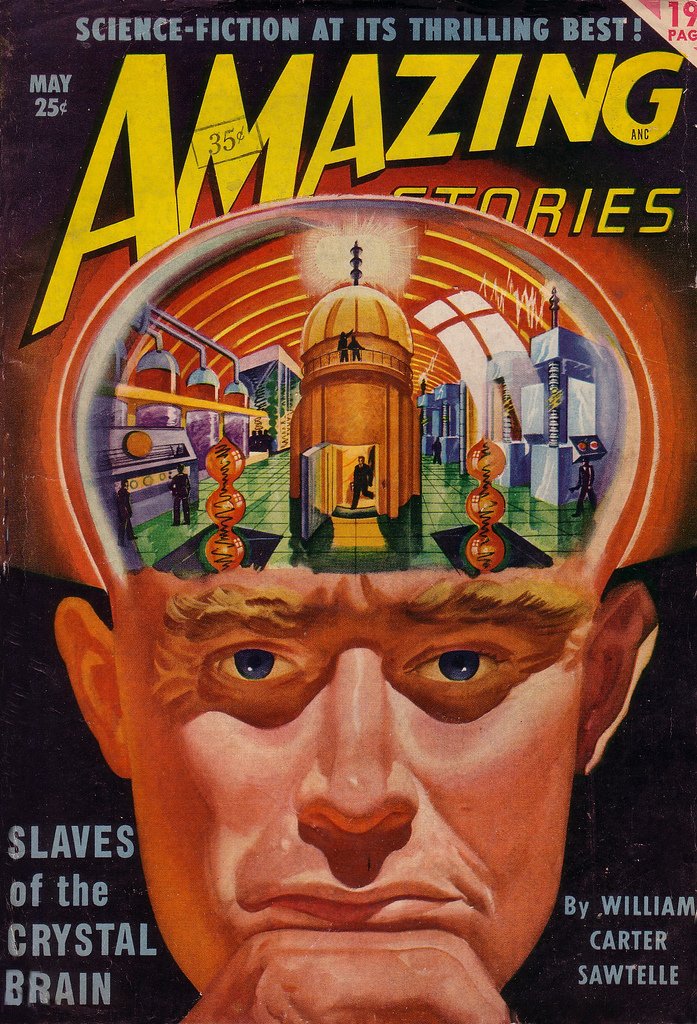 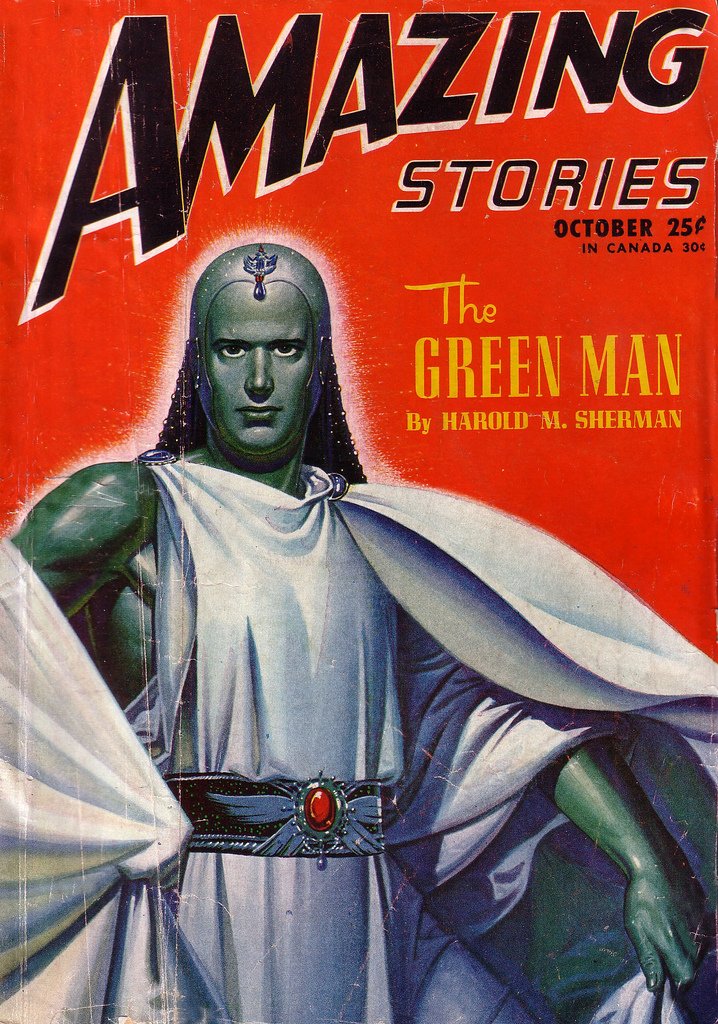 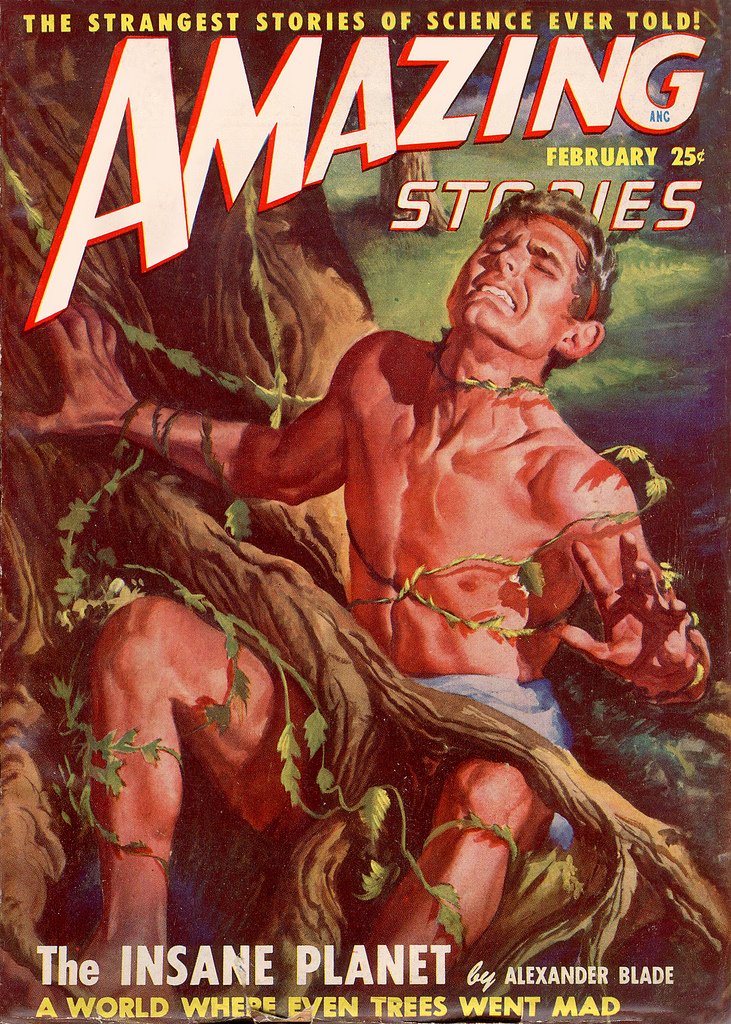 I mostly remember this as a TV show in the 1980's but this actually use to be a monthly science fiction magazine on the newsstands in the 1940's. Read more about the history below.

Amazing Stories was an American science fiction magazine launched in April 1926 by Hugo Gernsback's Experimenter Publishing. It was the first magazine devoted solely to science fiction. Before Amazing, science fiction stories had made regular appearances in other magazines, including some published by Gernsback, but Amazing helped define and launch a new genre of pulp fiction.

Amazing was published, with some interruptions, for almost eighty years. The title first changed hands in 1929, when Gernsback was forced into bankruptcy and lost control of the magazine. Amazing became unprofitable during the 1930s and in 1938 was purchased by Ziff-Davis, who hired Raymond A. Palmer as editor. Palmer made the magazine successful though it was not regarded as a quality magazine within the science fiction community. In the late 1940s Amazing began to print stories about the Shaver Mystery, a lurid mythos which explained accidents and disaster as the work of robots named "deros"; the stories were presented as fact, and led to dramatically increased circulation but also widespread ridicule. Palmer was replaced by Howard Browne in 1949, who briefly entertained plans of taking Amazing upmarket. These plans came to nothing, though Amazing did switch to a digest format in 1953, shortly before the end of the pulp-magazine era. A brief period under the editorship of Paul W. Fairman was followed, at the end of 1958, by the leadership of Cele Goldsmith. Despite her lack of experience she was able to bring new life to the magazine, and her years are regarded as one of Amazing's most creative eras. She was unable to arrest the declining circulation, though, and the magazine was sold to Sol Cohen's Universal Publishing Company in 1965.

Going green takes on a whole different meaning on this February 1949 issue of Amazing Stories, featuring "The Insane Planet" by Alexander Blade. 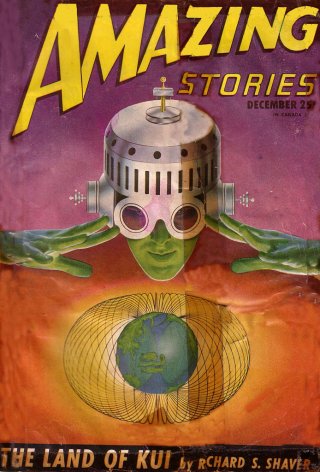 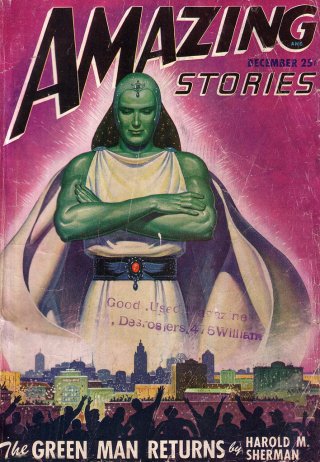 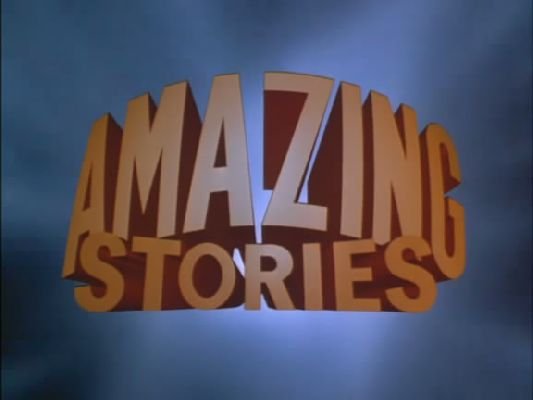 Amazing Stories is a fantasy, horror, and science fiction television anthology series created by Steven Spielberg. It ran on NBC from 1985 to 1987, and was somewhat erratically screened in Britain by BBC1 and BBC2 - billed in the Radio Times as "Steven Spielberg's Amazing Stories" - with episodes airing at any time from early on Sunday morning to weekday evenings to very late at night; it later received a more coherent run on Sci-Fi.

The series was nominated for 12 Emmy Awards and won five. The first season episode "The Amazing Falsworth" earned writer Mick Garris an Edgar Award for Best Episode in a TV Series. It was not a ratings hit (ranking 40th in Season 1 and 46th in Season 2), however, and the network did not renew it after the two-year contract expired.

From the beginning intro for the TV show.

I loved this show, it had a real Steven Spielberg 1980's feel for obvious reasons.