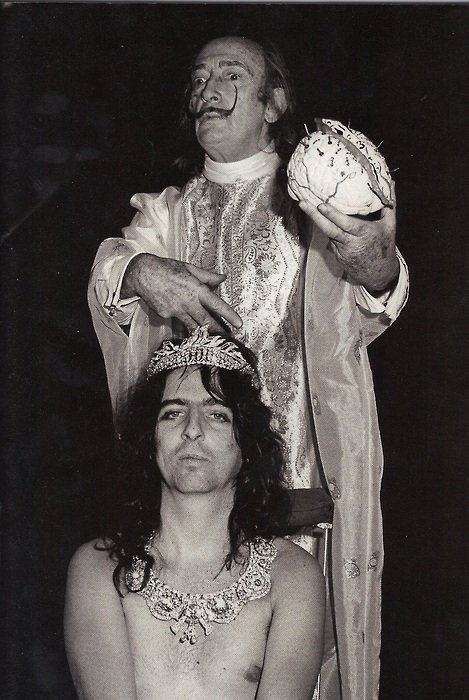 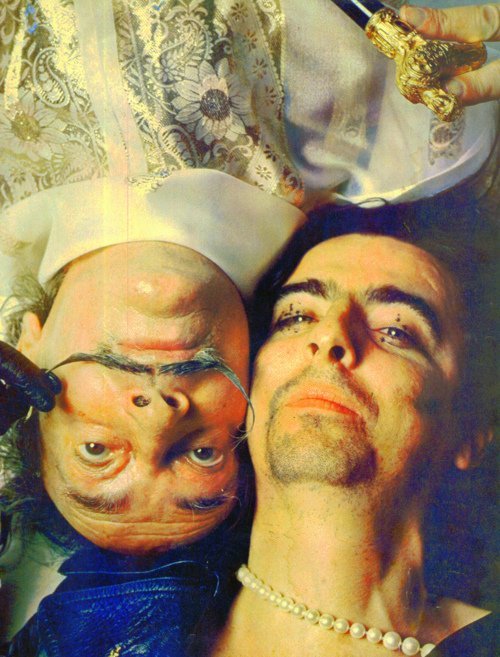 Alice Cooper set up his stage shows like a surrealist art performance piece and it captured the attention from Dali who later added Cooper into his own work.

It turned out that Dali and Alice were mutual fans of each other. Alice had always been into surrealism in his own art and Dali appreciated the chaos and confusion of Alice's work. There was talk of using Dali`s painting - Geopoliticus Child -as an album sleeve (for `Pretties For You`), but it didn't suit the records of the time and so was not used.

In March 1973 Dali produced the first three dimensional hologram which was of Alice, wearing a million dollars [something like $2 million - Renfield April '96] worth of jewellery including a tiara and necklace. Alice sat cross legged on a rotating base, wearing the jewels, holding a statuette of the Venus De Milo as if it was a microphone. A Dali sculpture of Alice`s brain with a Chocolate Eclair covered in ants (a Dali trademark) was placed behind him and the Hologram was taken from this set up.

At it's launch, Alice said that he loved the confusion that Dali portrayed in his work to which Dali said that "confusion was the perfect form of communication!"

Footage exists of Dali and Alice together at a press conference and of the hologram shoot clips of which are featured in 'Prime Cuts'.

The cover of "Dada" is also based on a detail from a Dali painting. 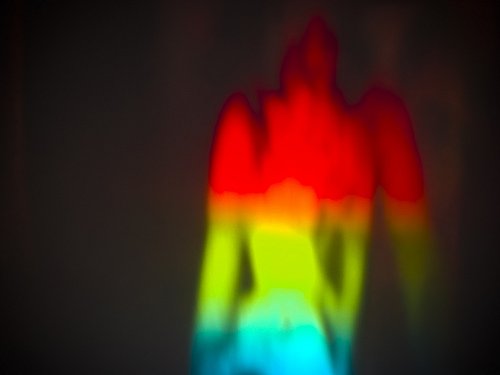