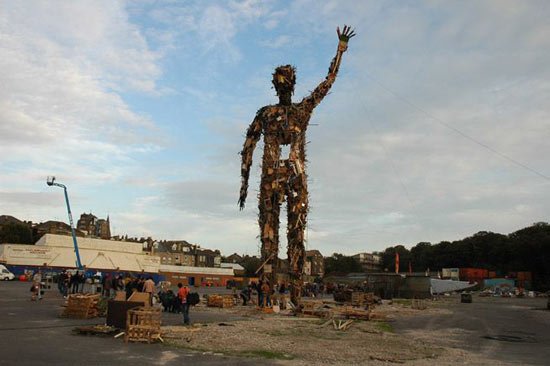 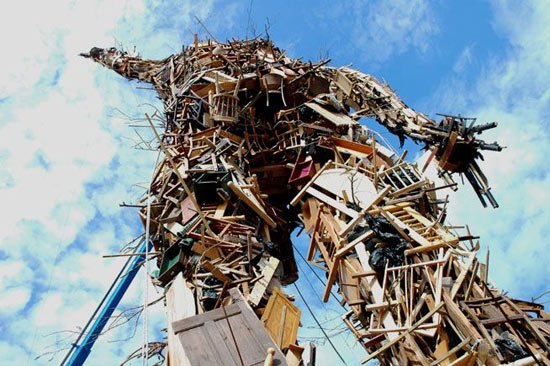 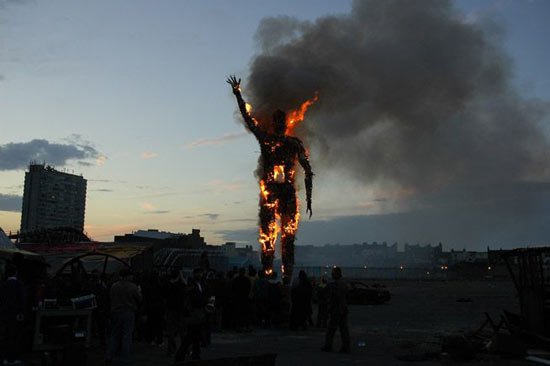 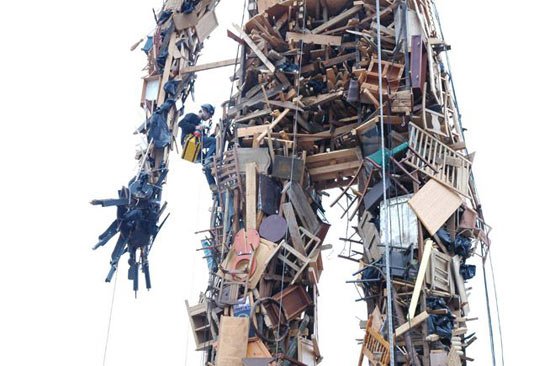 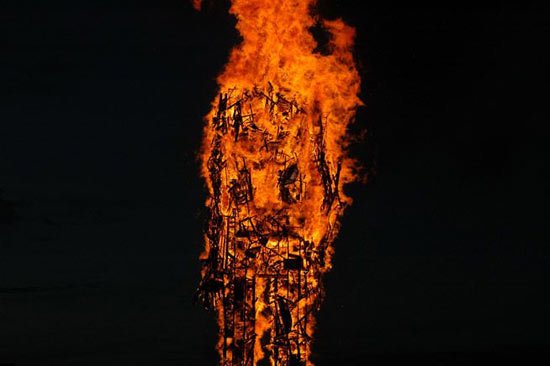 while the official burning man festival in the nevada dessert begins on august 25th, ‘waste man’  is a similar creation by established artist antony gormley. the giant figure was constructed  from household waste in the summer of 2006. in total 30 tonnes of objects such as beds,  tables, dining chairs, toilet seats, desks, pianos and rubbish were used to create the piece.though it took six weeks to construct the final piece was set on fire and burned in under 32 minutes. for the piece, gormley wanted to transform what he calls, ‘the limiting baggage
of the householder’ into energy.