You just had surgery? Is everything alright? What happened?

Yeah I just had surgery for the second time in my life. The first time they waited until I was awake to remove the catheter so life is improving. I got appendicitis and almost died if it weren’t for Snow White (my girlfriend) telling me to go to the E.R. They rushed me in to surgery and also found a hernia which they fixed at the same time. It went pretty smooth though thankfully.

Do you think this will have any effect on your work?

Currently I am working on small works due to medical lifting restrictions temporarily on anything over twenty lbs. That is really the only way it is affecting my craft. As it stands I have a solid understanding on the desires of my design capability so I’ll be focusing on reducing my pin stripes to smaller geometric forms.

How is the scene in Dallas?

The scene in Dallas is actually very healthy at the moment thanks to the Internet. There are some pretty exciting things going on here right now. It seems like a bit of a renaissance of art and culture at the moment. Our down town Dallas arts district now has like more institutional bldgs. Designed by Pritzker accredited people than I think anywhere else or something like that plus we are neighbor cities to Fort Worth which has a world class museum district so in that regard there is never a dull moment. On the grass roots level it’s equally as healthy. There are just enough fresh out of art school art elitist Nazi-like hipsters to keep the critics happy. On the real though, we have Jeremy Strick and Maxwell Anderson really stepping up the programming at The Nasher and The D.M.A. I was blown away to see Katharina Grosse recently for the first time in Dallas. Across the street Mr. Anderson made the Dallas Museum of Art with Free admission. The advent of an annual art fair in recent years here has also spurred added international attention as well as the new programming with Peter Doroshenko at The Dallas Contemporary. So yeah. I’d say it’s been very progressive here.

Is it true you are a high school drop out?

Yes, this is true.  In that regard I am an outsider. Dallas was always very stand-offish towards me for that reason. It’s not a town for outsider artists. My art is not identifiable with that type of jargon, but it’s true. I have a 9th grade high school education and that’s it. The tipping point was when I had to go to alternative school and they wanted to make me pull my pants up, tuck my shirt in and wear a belt. I set my books down and officially dropped out at that point. I believe my conduct with my Algebra teacher led me to alternative school. I figured out a word problem without her formula and got in trouble and then blew up and it all went downhill from there. I used to draw pentagrams on my homework assignments just to mess with her. Such a moron, but a funny moron so time well spent. The only regret about leaving high school was that I couldn’t play my Tenor Saxophone any longer because I could not afford one other than the school provided. I was good at it and loved to play. 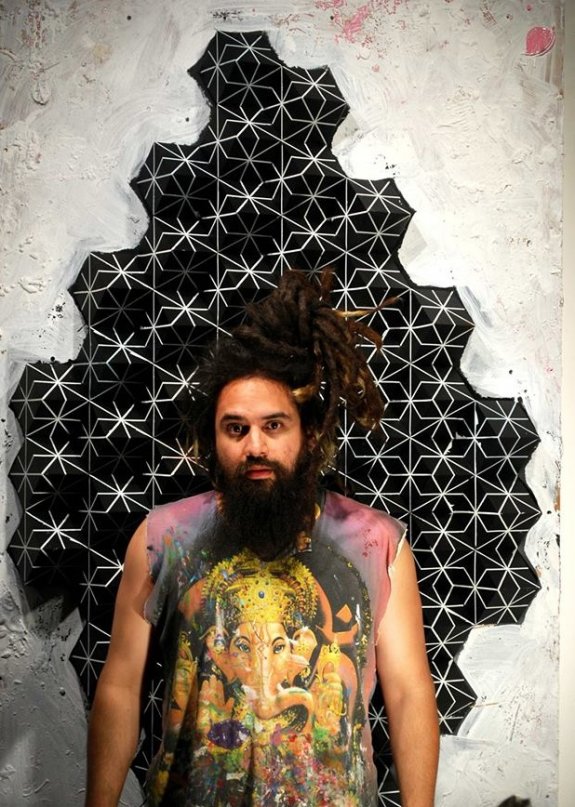 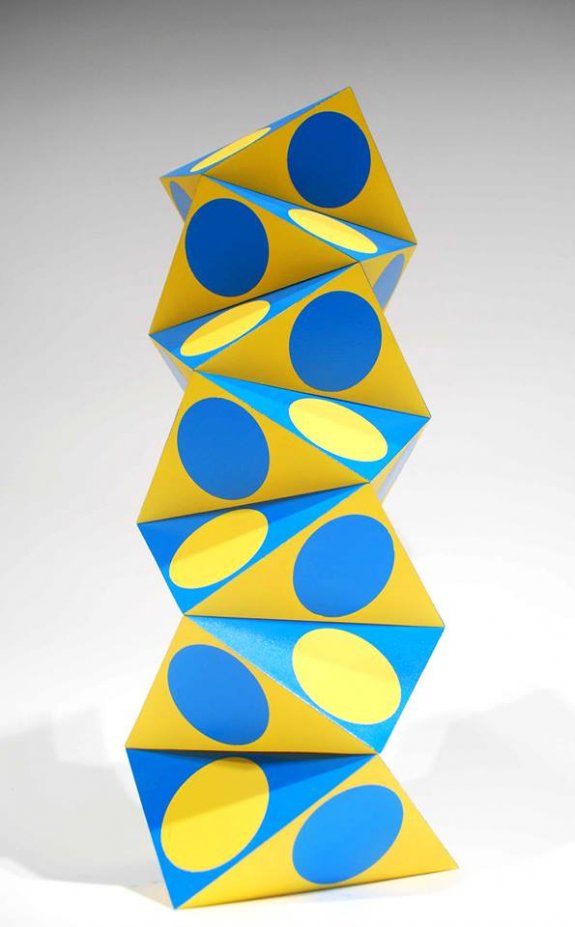 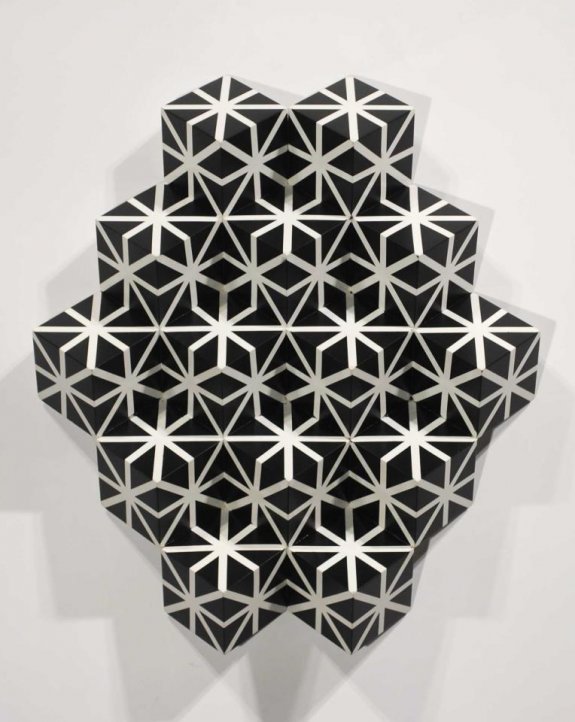 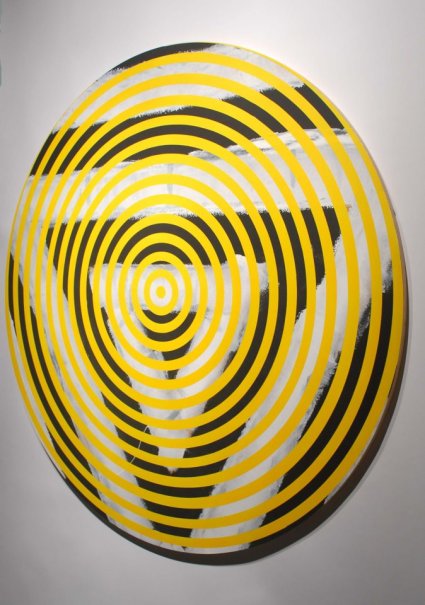 must be filtered through in order to become manifest. One of those systems being “math”. But no, Math, to me is not readily identifiable for my work and only pertains to a facet of its overall make-up.

Where are some places you have shown? Any crazy stories?

In the beginning I used to show my work at bars and sidewalks. I sold some really good pieces for really cheap to drunk people and hope it’s not lost as a result. There was one really rich guy that paid me for a big canvas and he told me that it was going to be a family heirloom. He was pretty cool. I also showed on a side walk across the street from the local contemporary art dealers of dallas 2nd annual art fair back when those people were not my friends. I loaded my truck up, stacked the art in the bed and leaned it on a vacant warehouse wall. The people driving out from the art fair looked and laughed at me. No one stopped. Now, not even ten years later I am starting to show in museums so whateva. 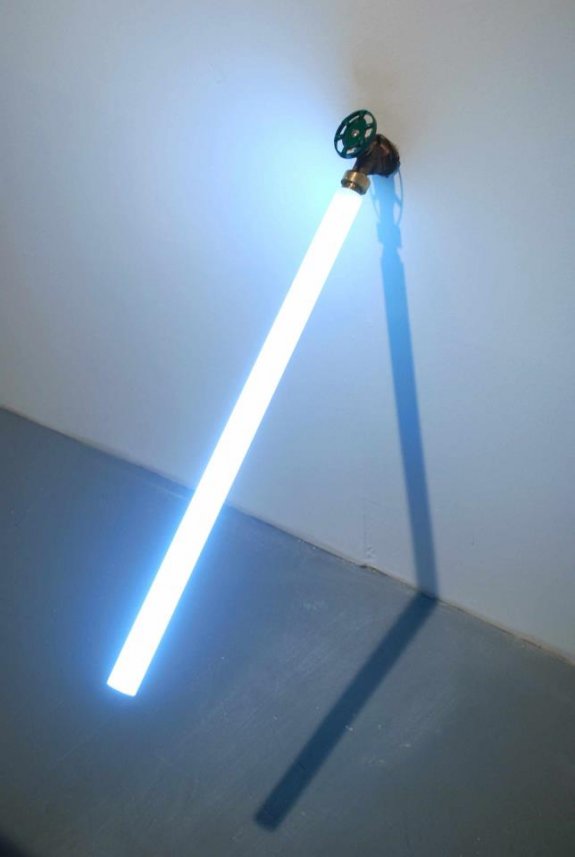 Your work seems pretty mathematical, is it really?

“Mathematical” is only one form of a lowered manifestation of absolute universal truth. I suppose that there are several veils that the transmission of my work

"I loaded my truck up, stacked the art in the bed and leaned it on a vacant warehouse wall."
- R.P.

What has been one of the most valuable things you have learned so far in this life as an artist?

To put art second and life first. I have been working so hard trying to get off the ground with output and innovation in my work for about ten years and have lost personally in different ways. Playing the role of an artist I have also re-affirmed other personal beliefs about life such as endeavoring with an independent outlook. Art has always been about freedom of expression, but once kids starting piddling around with art school and chasing the scene many of them get caught up in trends and the life style (whatever that is) of being an artist which is totally backwards. I have a saying, “life over art” and will always believe in what it can offer.  As far as my craft as an artist is concerned I have benefitted positively with the evolution of my experience in life.

My art has evolved at some points to very high degrees of tolerance in design and this has cultivated my mental focus in general which has benefitted my life in greater way such as reading the directions on whatever it may be, be it assembling some weird piece of furniture or programming a television without aggravation. Also, I have opened myself up to the complex world of chemicals and how they relate to each other in regards to my various processes which also require greater focus. I don’t really feel I have learned about life as an artist rather my beliefs in and about life have informed my experience positively as an artist for the most part. 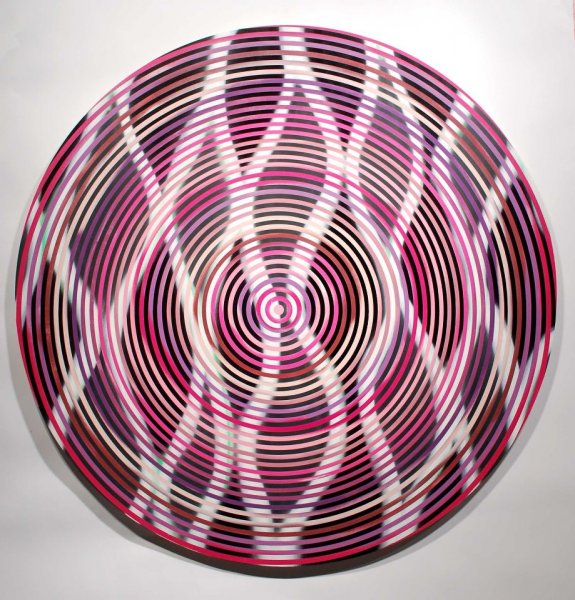 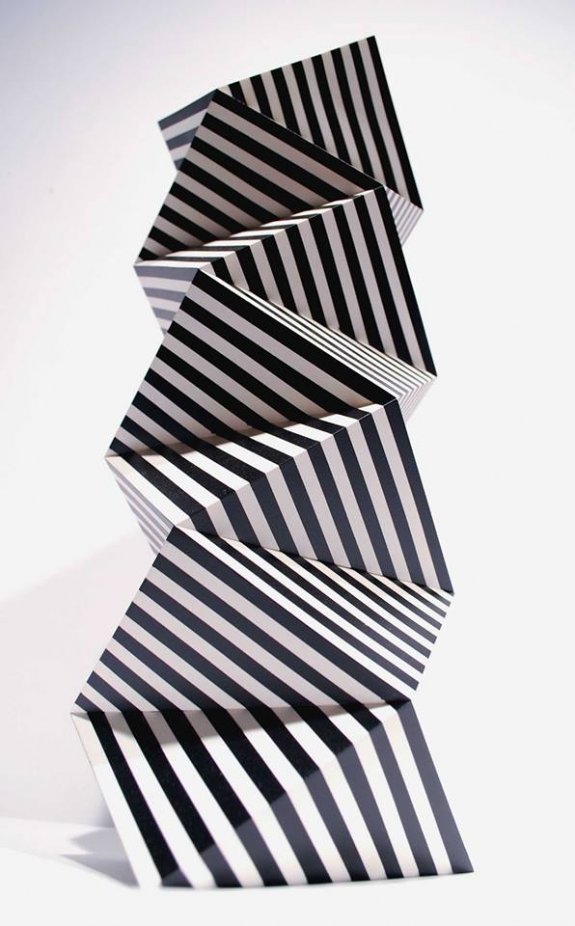 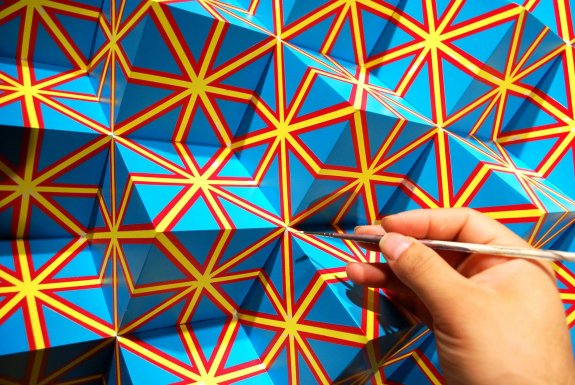 To learn more about Ricardo Paniagua's work check out his Facebook page right here.
Dallas has a growing art scene and Ricardo Paniagua is a prolific art maker that produces mind blowing works that match his complex personality.