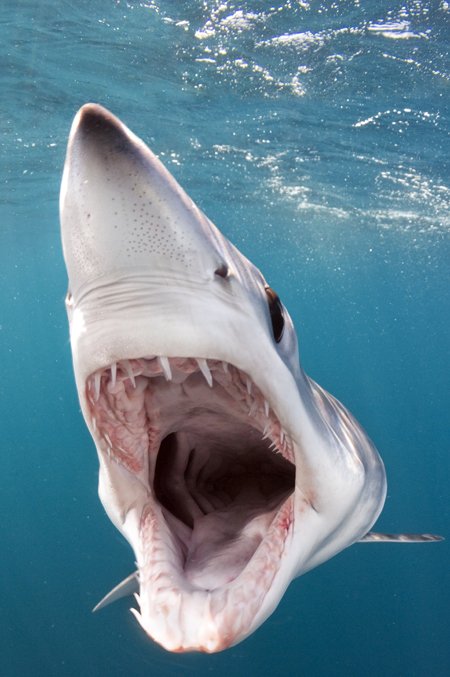 $2 million of the funding will fund a program for the Department of Fisheries to, "track, catch and, if necessary, destroy sharks identified in close proximity to beachgoers." NBC news reports: "[Barnett] announced Thursday that any great white sharks seen near beachgoers would be killed in order to prevent attacks on humans."

There have been five deaths connected to shark attacks this year in Western Australia; 12 shark fatalities have been recorded in the area over the last 100 years, according to NBC news.

"We will always put the lives and safety of beachgoers ahead of the shark," Barnett told ABC radio.

"This is, after all, a fish — let's keep it in perspective."

The Australian government will start killing sharks on its western coast in order to prevent shark attacks.

Vintage Cars + Women
ipod, ipad, ipaid!
Moose like Starbucks
It's all about the chase, even for cavemen
Odd Couple: Cyndi Lauper and Lil' Kim
The Real Peter Griffin?