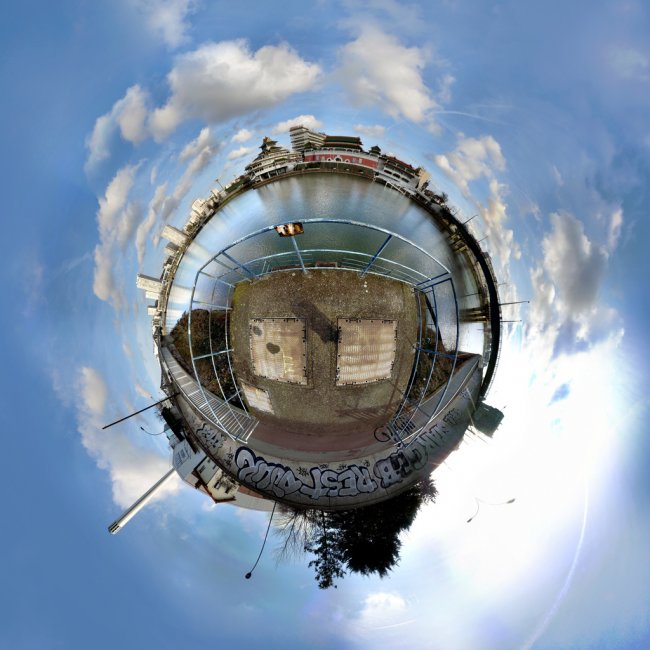 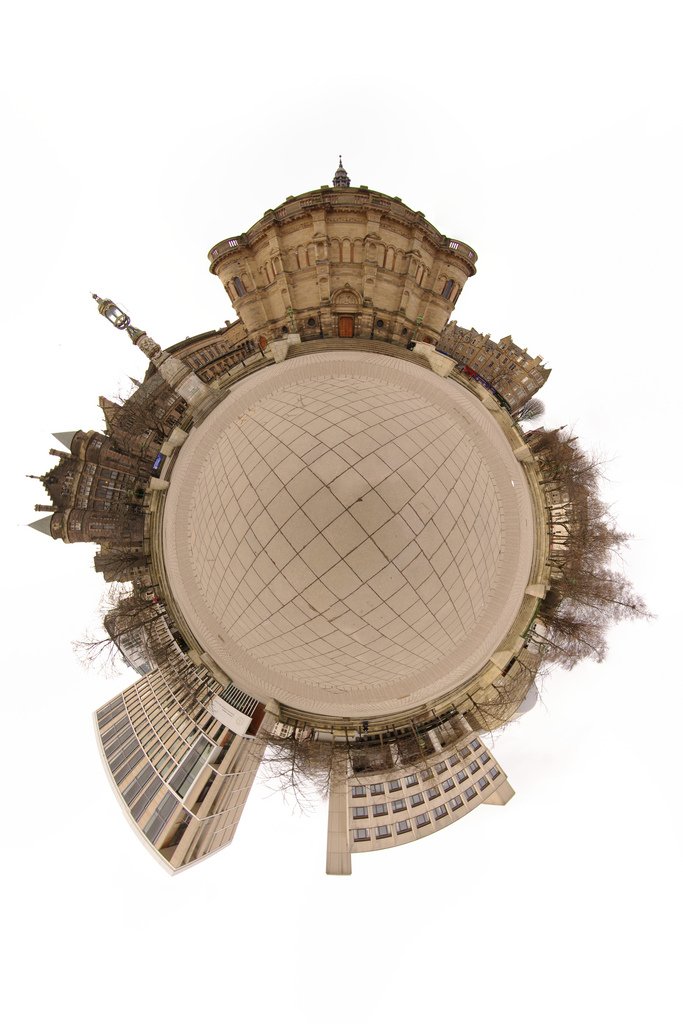 What am I looking at?

All these pictures are 360°x180° panoramas projected to look like small planets using a projection called stereographic projection.

Turn around and look all around you. You can see 360° horizontally.
We should also consider the vertical dimension: if looking straight ahead (horizontally) is 0°, you can look upward up to 90° (the sky) and downward to -90° (the ground). That covers 180° vertically from the zenith (the point in the sky right above you) to the nadir (the point on the ground right below you).

Now imagine that you are at the center of sphere, and the image of the world you see around you is in fact just a picture on that sphere. Everywhere you look (the whole 360° horizontally and the whole 180° vertically), the sphere shows you a picture if what you should normally see in that direction.


What is a projection?

Because we look at picture on a flat screen, or on paper, we need a way to project this 3-dimensional sphere to something flat, in 2 dimensions.

Imagine for a moment that the spherical picture works like a slide for image
projecting. There is a light at the center of the spheres, the light passes through the sphere and finally hit a nearby screen. What happens is that a part (the portion visible on the screen) of the sphere has been projected on the screen. This projection is called qnomonic projection or rectilinear projection, it is the projection used when viewing interactive panomas. It is also the projection used by any regular camera when taking a picture (indeed: cameras take a picture of a part of the viewable sphere and project it flat). The obvious problem with the gnomonic projection is that you cannot project the entire sphere. Even if you had an infinitely large screen, you could only project one half of the sphere: the area that is between the screen and the center of the sphere.

Other projection exists, each with pros and cons. There is however one thing that is common to all the projections: you cannot project the sphere on a flat surface without distorting the image in some way. Think of trying to flatten an orange peel without tearing it...

These are amazing, Photographer from France talking about his processs of these photos of world cities.