“Many Occupy protesters have been openly contemptuous of Democrats, including President Barack Obama, arguing that both political parties are equally beholden to corporate interests and responsible for enacting policies that have hurt the middle class,” the Associated Press writes.

The trend has prompted political analysts to wonder whether Obama can win reelection without the fierce support he engendered in 2008.

But Fairey, a longtime supporter of the Occupy protests and Obama, seems to be warning his fans not to give up on Obama just yet: “Change is not about one election, one rally, one leader, it is about a constant dedication to progress and a constant push in the right direction. Let’s be the people doing the right thing as outsiders and simultaneously push the insiders to do the right thing for the people.” 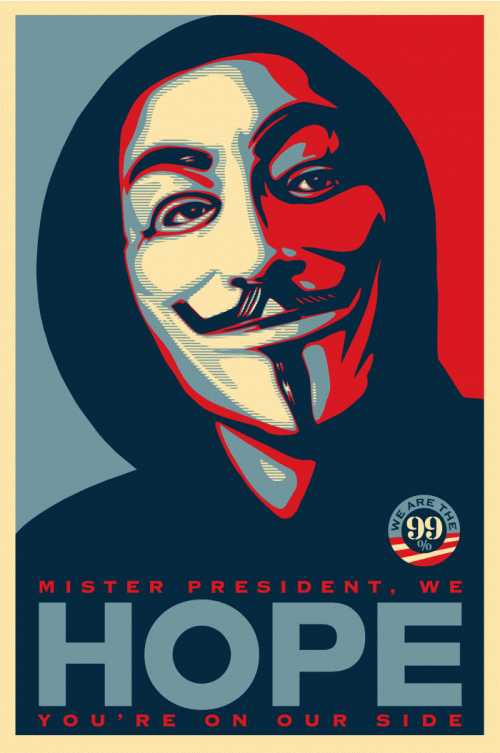 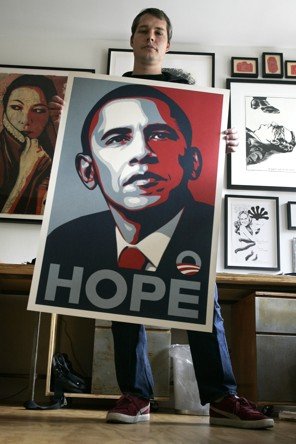 “As flawed as the system is, I see Obama as a potential ally of the Occupy movement if the energy of the movement is perceived as constructive, not destructive. I still see Obama as the closest thing to “a man on the inside” that we have presently,” he posted to hisWeb site Friday. The Occupy movement and the Democratic Party have had an uneasy relationship since the start of the two-month-old protests.