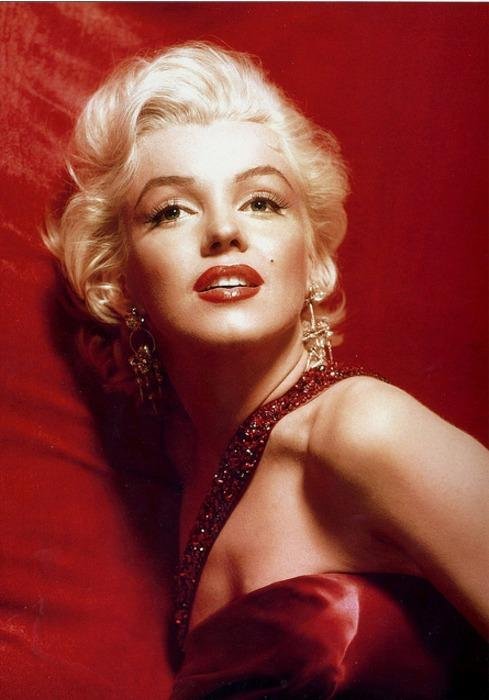 Marilyn Monroe took an art appreciation class at UCLA in 1951.

She had reproductions of Durer, Fra Angelico, and da Vinci in her Hollywood apartment.

In 1955 she told Earl Wilson she was a fan of Goya.
She purchased a bust of Ancient Egyptian Queen Nefertiti for her Waldorf-Astoria apartment in New York.

She told other reporters that her favorite artists were Goya, Picasso, and El Greco.

In 1955 she attended a Rodin exhibition at the Metroploitan Museum of Art, and in particular she liked Pygmalion and Galatea and The Hand of God
She had a Toulouse-Lautrec in her reception room in her East 57th St. apartment in New York.
Also in that apartment she had a large, nude, black metal statue by William Zorach. The year of her death, she purchased three paintings from the Byrna Art Gallery in Mexico City for her Brentwood home.

She also bought a Rodin statue of a man and a woman in a passionate embrace, which she displayed in the living room of her Brentwood home.