5.15 million commuters travel by subway daily in New York alone. Still, 8.7 million riders navigate Tokyo by train, while countless of stray dogs trek across town using Moscow’s mass transit. The underground, with its familiar stairwells, turnstiles, and tiled vaults, has long been integrated within our urban geography. Whereas the subway marquee, like Guimard’s iconic Art Nouveau signage for Paris, and the subway station, such as Harry Weese’s splendidly Brutalist vaults spanning Washington D.C.’s underworld, not to mention a fair share of anonymous graffiti were once the extent of underground expressionism, the subway train itself has now proved a vehicle (yeah…) for artistic and commercial outlet. Click through for our favorite subway trains!

Most recently, Chicago’s Art on Track festival transformed a subway train into a movable art gallery of multiple installations by over 50 artists, from thematic rooms to choreographed performance pieces. The standout project, the Mobile Garden Car by noisivelvet, covered one of the train car with a thick carpet of greenery, including plants and sod donated by local . The moving greenscape looped around Chicago’s downtown for 5 hours, inviting commuters to sit on seats lined with bushy lawngrass and potted plants or stand amid tall grass and hanging ivy. 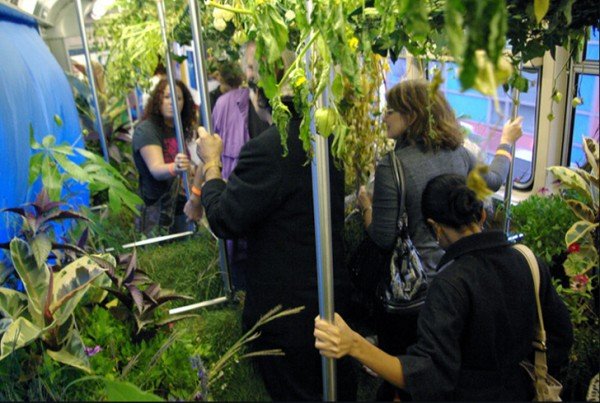 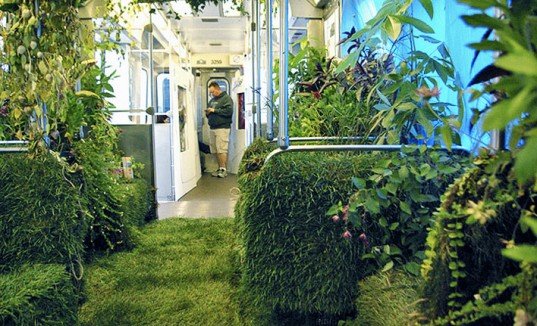