Lyle Bensley, a 19-year-old from Galveston, Texas, broke into a complete stranger's apartment early Saturday morning wearing only his boxer shorts. He then walked into the resident's bedroom, and began making "growling and hissing noises" while "biting and hitting" her, according to Galveston police.

The woman escaped and ran into the parking lot, taking refuge inside a car driven by a neighbor. Bensley beat on the car as it drove away. After a short chase, the police apprehended Bensley, who told them: "I'm a vampire, and I've been alive for over 500 years."

"He was begging us to restrain him because he didn't want to kill us," Galveston Officer Daniel Erickson said. "He said he needed to feed."

Paramedics examined Bensley and determined he was not under the influence of drugs. A mental health hold has been placed on him and he's being held on $40,000 bond — which is hilarious, because he's going to be flapping his little webbed wings halfway over Arizona by the time his first competency hearing comes up. I mean, come on. Just look at those brooding eyes and sparkly skin! This guy is totally who he says he is. Siiiigh. Team Lyle. [Houston Chronicle, mugshot via Galveston PD] 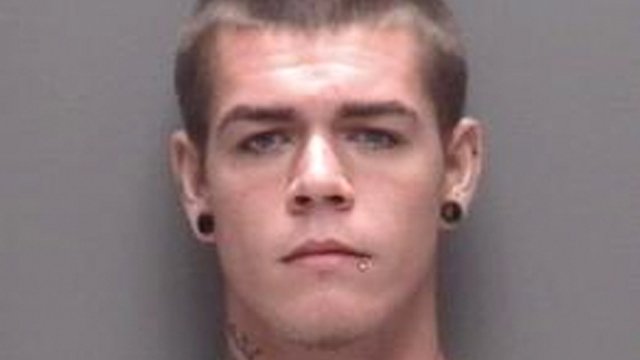 Obama's Biggest Fans
Vincent Price - I Like What I Know
Chicago Cubs Curse: The Black Cat of 1969
ESkeletor
Joan Jett 1978
Together Forever