Things to do when you are Sad

The End of the Chelsea Hotel? 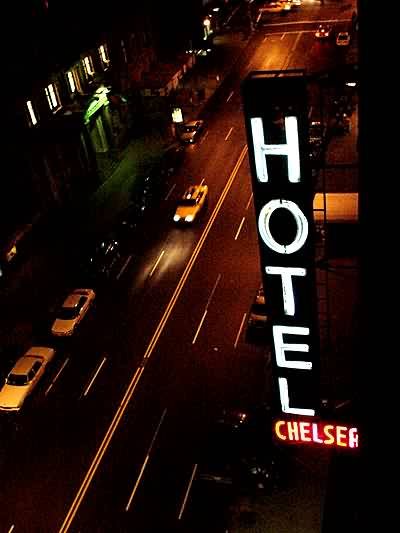 As of 1 August 2011, the infamous Chelsea hotel has stopped accepting guests. The historic New York City hotel and landmark, known primarily for its history of notable residents. Located at 222 West 23rd Street, between Seventh and Eighth Avenues, in the Manhattan neighborhood of Chelsea, the 250-unithotel has been the home of numerous writers, musicians, artists, and actors, including Bob Dylan, Virgil Thomson, Charles Bukowski, Janis Joplin, Patti Smith, Leonard Cohen, Iggy Pop, Jobriath, Robert Mapplethorpe, Sid Vicious and Larry Rivers. Though the Hotel Chelsea no longer accepts new long-term residencies, the building is still home to many residents who lived there before the change of policy.
Sir Arthur C. Clarke wrote 2001: A Space Odyssey while staying at the Chelsea, and poets Allen Ginsberg, and Gregory Corso chose it as a place for philosophical and intellectual exchange. It is also known as the place where the writer Dylan Thomas was staying when he died of pneumonia on November 9, 1953, and where Nancy Spungen, girlfriend of Sid Vicious of the Sex Pistols, was found stabbed to death on October 12, 1978.

How to be an Artist
Jean Jullien's Work
Batman as Darth Vader?
The Crazy Ones
Female Nike Dunks!
Pac-Man in a Can