"New York, Same Larry," promises the tagline for the eighth season of "Curb Your Enthusiasm," which sees our favorite curmudgeon landing back in his native city and encountering guest stars such as Michael J. Fox and Ricky Gervais. In honor of the show's premiere Sunday, Mr. David spoke with us about taxi patrons versus subway riders, the dearth of bald celebrities (and politicians), and why "Curb" is like an ex-girlfriend.

There were very big crowds watching us film in New York as opposed to L.A., where you can't get one person to stop. In New York, they're very vocal and really tend to be enthusiastic. And in L.A. they're pretty blasé about TV shows filming there, I guess because so many do. Nobody really cares, because they see so much of it.

How do you decide what celebrities play themselves versus made-up characters?

If you found out you had Groat's syndrome [the fictional disorder that afflicted Michael Richards last season] and had one day to live, how would you spend it?

I'm not the president of Hair Club for Men. I'm not president of the bald celebrity league. I don't even know who the bald celebrities are. It used to be Telly Savalas and Gavin MacLeod. Who else is there? Mikhail Gorbachev is bald... Joey Pants... there's not that many of them. I mean, we always welcome new members with open arms. Most actors don't let themselves get bald. They get transplants or weaves or something. When's the last time you saw a bald president? There'll be a woman and a Jewish president and maybe even a Muslim president before a bald president. That's my prediction: There'll be a Muslim president before a bald president. 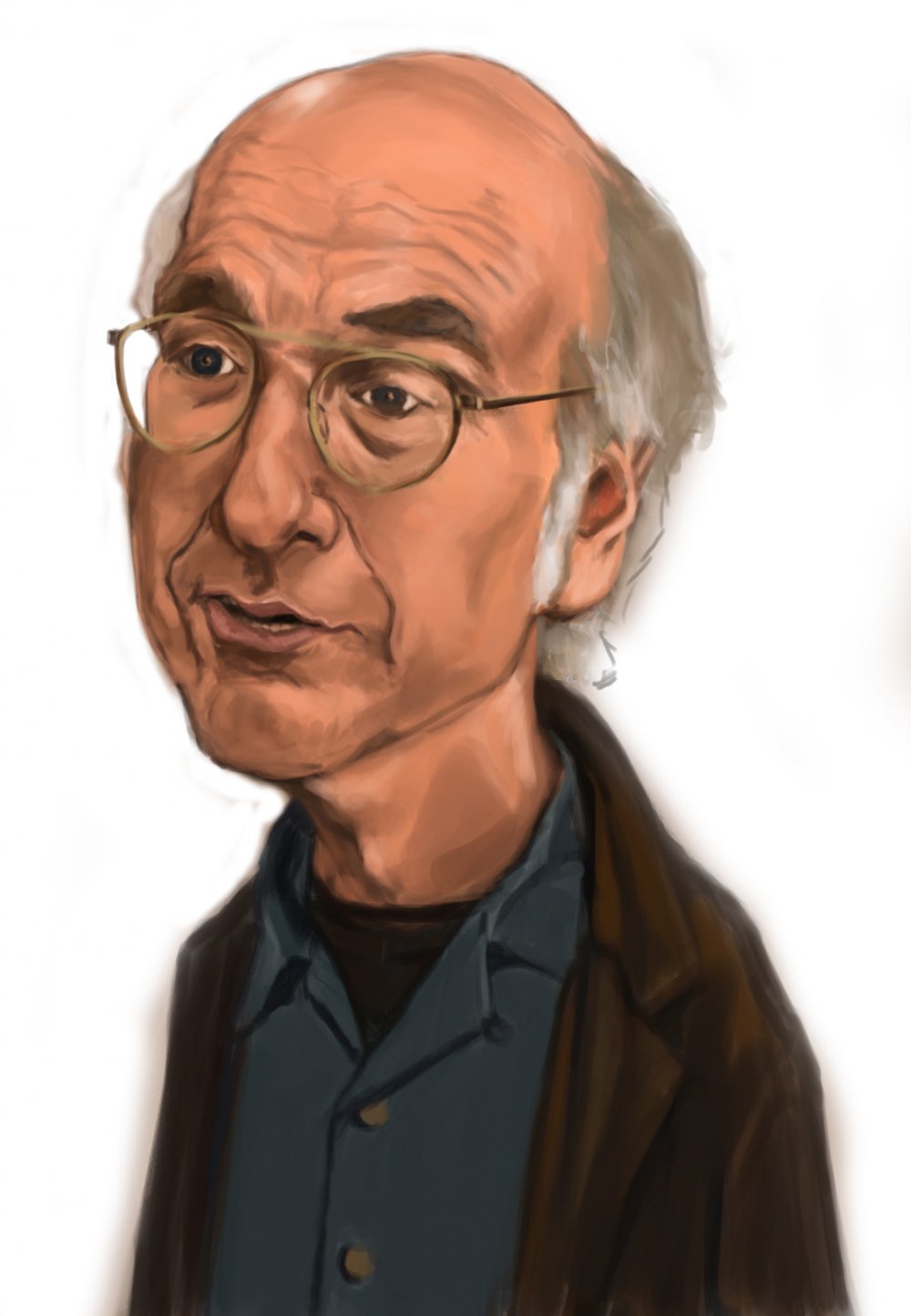 "Muslim President Before Bald One"