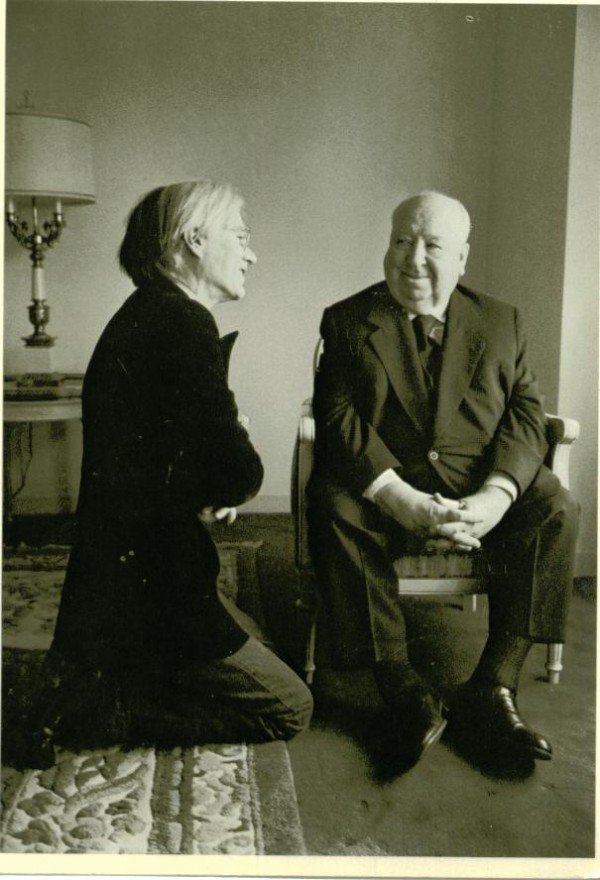 This conversation that appeared in Interview Magazine in September 1974 doesn’t offer any great insights into filmmaking, but for what it lacks in informativeness it makes up for in novelty.

The meeting of these two icons of the 20th century is particularly significant, as each bridged high art and popular culture in unique intriguing ways. While on the surface it may seem like a odd pairing, they both share many things in common. Warhol and Hitchcock both started out as illustrators. Warhol had started his career working as a commercial illustrator, Hitchcock had started out creating illustrations for title cards in silent movies. Of course Andy and Alfred were also both film directors. 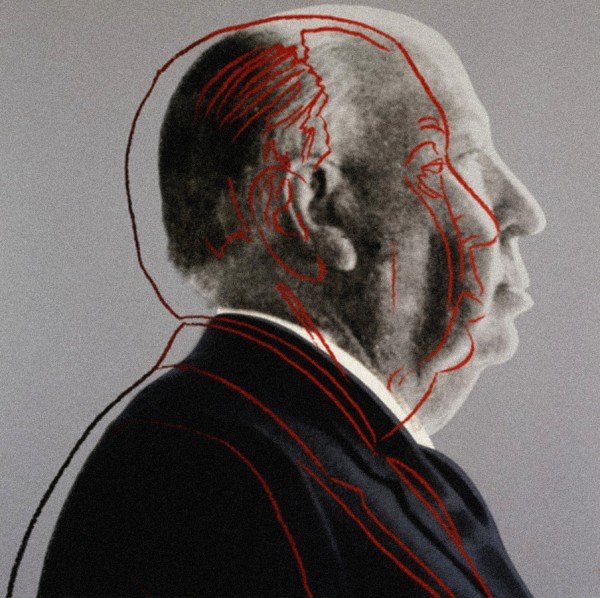 Andy Warhol: Since you know all these cases, did you ever figure out why people really murder? It’s always bothered me. Why.

Alfred Hitchcock: Well I’ll tell you. Years ago, it was economic, really. Especially in England. First of all, divorce was very hard to get, and it cost a lot of money.

Andy Warhol: But what kind of person really murders? I mean, why.

Alfred Hitchcock: Absolute desperation. They have nowhere to go, there were no motels in those days, and they’d have to go behind the bushes in the park. And in desperation they would murder.

Andy Warhol: What about a mass murderer.

Alfred Hitchcock: Well, they are psychotics, you see. They’re absolutely psychotic. They’re very often impotent. As I showed in “Frenzy.” The man was completely impotent until he murdered and that’s how he got his kicks. But today of course, with the Age of the Revolver, as one might call it, I think there is more use of guns in the home than there is in the streets. You know? And men lose their heads?

Andy Warhol: Well I was shot by a gun, and it just seems like a movie. I can’t see it as being anything real. The whole thing is still like a movie to me. It happened to me, but it’s like watching TV. If you’re watching TV, it’s the same thing as having it done to yourself.