Leah Jung in this month's issue of Inked Magazine

Scientists have discovered a genetic mutation responsible for a disorder that causes people to sprout thick hair on their faces and bodies.

Hypertrichosis, sometimes called "werewolf syndrome " is a very rare condition, with fewer than 100 cases documented worldwide. But researchers knew the disorder runs in families, and in 1995 they traced the approximate location of the mutation to a section of the X chromosome (one of the two sex chromosomes) in a Mexican family affected by hypertrichosis.

Men with the syndrome have hair covering their faces and eyelids, while women grow thick patches on their bodies. In March, a Thai girl with the condition got into the Guinness Book of World Records as the world's hairiest child.

A man in China with congenital hypertrichosis helped researchers break the case. Xue Zhang, a professor of medical genetics at the Peking Union Medical College, tested the man and his family and found an extra chunk of genes on the X chromosome. The researchers then returned to the Mexican family and also found an extra gene chunk (which was different from that of the Chinese man) in the same location of their X chromosomes.

The extra DNA may switch on a hair-growth gene nearby, resulting in runaway furriness. The best bet for a culprit, wrote study researcher Pragna Patel of the University of Southern California, is a gene called SOX3, which is known to play a role in hair growth. 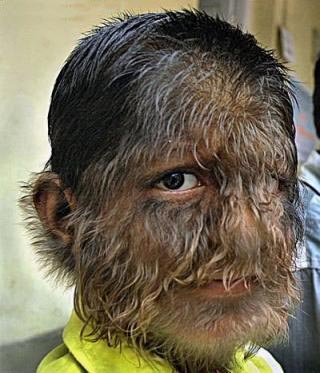 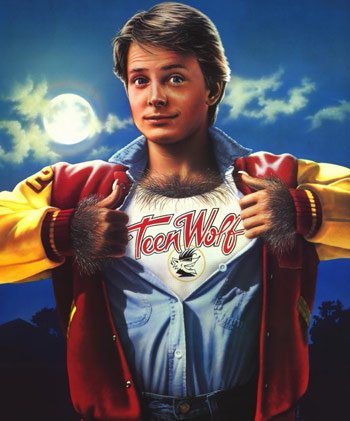 Seems like Teen Wolf isn't just a movie anymore. Scientists found a genetic mutation that gives people way too much hair. But, I don't think anyone will be howling at the moon.

Floating Figures.
Only got time for the internets
Does Flava Flav look like The Gremlins?
Booty Beauty All The Way
The Way to Listen to Music
I'm a simple man - Ron Swanson