One Week Only - THE OUTSIDERS 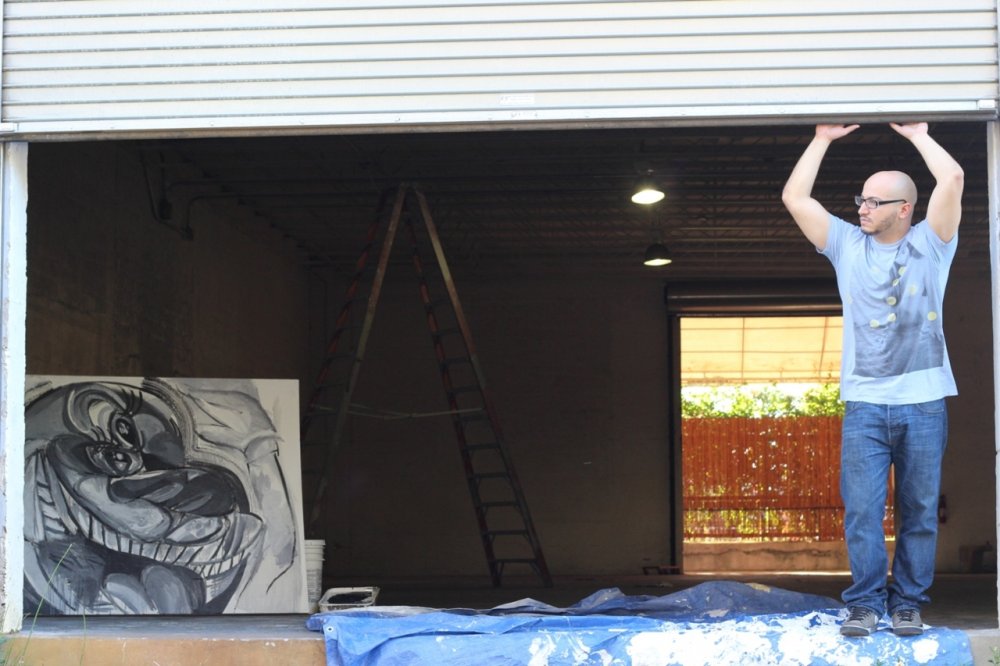 Heike Wollenweber catches up with New York/Miami artist KIKI VALDES, who is  organizing the group show  "THE OUTSIDERS"(opens Jan. 7th). They discuss the show, the artists involved and creative friendships.

You recently relocated from Miami to New York. How is the New York experience so far?

It is hard. It is different but I like it. I noticed there is something going on between New York and Miami. Everyone that is doing stuff in New York is somehow connected to Miami. So I am over there and I am constantly seeing Miami people.

You are the curator for the upcoming group show “The Outsiders”. Why did you choose that name?

I picked “The Outsiders” because all the artists in the show do not necessarily show all the time. They do their thing. A lot of times artists tend to feel like outsiders because they might not follow a particular trend so automatically they are like outsiders. They might not care about what’s in. I do not think that’s how art should be measured. It should be measured by its merit, its devotion and its time and sincerity. Everybody is pretty sincere on the show. When you are sincere you tend to be an outsider, too. When you are true to yourself and not following what’s hot. That’s what it is really about. We are not following any type of status quo. We are outsiders. We are not doing this during Art Basel. A lot of the artists in this show did not show during Art Basel. That was intentional. It is about art for us and not about Art Basel and in Miami you tend to be an outsider for that, too. The work is about the individual artists and how they feel in general.

What work did you choose for the exhibit?

I chose the work that I like. I connect with people whose work I like and who are not necessarily getting the attention they deserve. Even for myself, none of these galleries respond to me so that’s why, a few years ago, I started putting together shows. I cannot wait for anybody. We are going to do our own thing and let the people decide if it’s something that is honest and good and touches something that is connected to everybody.

Did you choose the artists who are in the show?

Based on what criteria?

Galleries a lot of times show people they are friends with first and all the artists in the show are my friends. But it is not just because they are my friends. I like their work. When you are friends with somebody you can kind of see how they have developed and understand their work more. That’s more important than just throwing darts in the wind by showing someone you might not really understand what they are doing. In this show, I understand their work and it is easier for us to pick the work together . They feel comfortable with me and I feel comfortable with them. It is also about the aesthetics of the work, about the strength of the work , too.

For a group show does it make a difference if the artists are on the same wavelength?

I don’t care about that. I don’t pick the work because it works together. I put the work in a room and then we try to make it work. I think that is the best way to do it. We try to make it work together and if it doesn’t work it’s on me. I just want to grab work I feel strongly about and make it work within the space to see what happens, what’s the end result. It’s gambling with different artists that we admire, that my friends admire. That’s kind of my philosophy for all the shows.

Why did you choose the warehouse as the space for the exhibit?

I always had my eyes on this warehouse, for a long time, and I always wanted to do a warehouse show. I wanted a much smaller space but it wasn’t available to me and then I saw this one, filled with storage and I asked them if they would let me execute a show and they said yes then they cleared it out. The pieces started falling together. I was on the prowl to find a space and I found this warehouse space and then I just connected it with the whole outsiders theme.

How many artists are in the show?

10 now. There is two more now . George Sanchez- Calderon. He showed during Art Basel at Primary Projects. Also Johnny Laderer. His installations pull you in. They have something about them that scream Florida.

Why did you choose artists from New York and Miami?

Can you tell us something about each artist and their art for the exhibit?

Johnny Robles does a lot of murals and he also does conceptual work. He builds sculptures. He is kind of a refined artist that kind of taps into a lot of different mediums. He is going to have a drawing, a 5 ft drawing of a child with his eyes closed. The kid looks like he is dreaming.

Eric Torriente’s work is very expressionistic. He is a very intense individual. I have known him since I was like 13. He has always painted but he actually stopped painting now . He is only doing sculptures. He feels very limited to the canvas so he is only working in sculpture. This sculpture he is showing is I think is like only the second or third sculpture he has ever made. It’s great. It’s like 9 ft tall.

Kristy Leibowitz is New York based. She is one of the first people I met in New York. She is also one of the main in house photographers for the Hole Gallery in New York, which are doing a lot of avant garde and really cool stuff. Some of her photographs that she has taken have actually been sold at the armory show and Art Basel through Deitch Projects. The photograph she is showing with us, it isn’t a very big photograph, no one has ever seen it. It has never been published. She did a photo shoot with Kembra, who is a performance artist also doing fetish films, and never did anything with them so that has never been shown. I am very excited about it.

David Marsh is a painter, from Miami. He is rather abstract. He uses a lot of materials within his canvases. He uses like stretched out old jerseys and he will make them into these paintings. It’s a lot of fun.

Nicole Soden is a socialite. Everyone has seen her before. She is always at the Vagabond and very interactive in the community . Her sculpture that she is showing was voted “Best Female Sculpture” at Nada Art Fair last year so I am really happy that she is involved. Everybody knows who she is.

Then we have Edward Crowell II. Ed is an interesting person. I met him a little over a year ago. He is awesome. He lives on the Beach. He is not from Miami so he does not know a lot of people in the Miami community, the art community so in some funny ways he is definitely the quintessential outsider. He is working on a lot of poetry on black canvas and they are really thick and chunky so they are like these text, cursive paintings and they have like a Cy Twombly feel.

David Cabrera is a photographer and he kind of even reminds me of Kristy Leibowitz in a way . He mostly takes photographs and does video and they do stuff with Cash Money and Lil Wayne. They worked on Rick Ross music videos and a video shoot for Playboy. He is really involved in the music videos for rappers but he has crossed over and he is now doing documentations of art events. He has done a few art videos for me. He is showing this inception, skyline type of thing. It’s like a skyline that doesn’t end. He has definitely always been interested in art and doing different kind of work and I feel like he is an outsider for that.

George Sanchez-Calderon is a very established Miami artist. Everybody knows who he is. He is really smart and he had his work a few months ago at the De La Cruz Collection. He does architectural work, kind of talking about the growth of Miami and the corruption. He does a lot of interactive works in the community. He made this throne out of wood and all the homeless people would sit on it and they had it in the community. That was in upstate New York. His stuff is very very conceptual compared to a lot of other works in the show. I am glad he is involved.

Dianne Radler committed suicide. I don’t know the year. It was a while ago. She is actually really good friends with Nicole Soden and Nicole has most of her works. Dianne lived between Miami and New York City. In 1980 she took a lot of pictures of iconic people. She took pictures of Jean-Michel Basquiat and Madonna when they were first dating . The one we are showing is Madonna and Basquiat and the picture is taken kind of upside down. We are pretty excited about it. I think that is the first time she is going to be part of a group thing like that. With this show I think people will have a lot more awareness of her work and hopefully it will end up in some good collections. She is actually the only artist in the show I have never met but Nicole Soden was really good friends with her. They were really connected and I am really good friends with Nicole so I would imagine I would have gotten along with her, too.

You are the curator for “The Outsiders” but also one of the artists so tell us about your art.

I am definitely a painter first. My new stuff definitely taps into expressionism mixed with cartoon and elements of pop culture. For this show I am actually showing 9 portraits based on the 9 Greek muses so I did 9 paintings based on 9 women from Miami that affected my life in some form or fashion and based them off of each Greek muse. The 9 Greek muses were always applied to different operas and stuff. I did the portraits off my memory. I did not do them off of photographs or anything so they are really really abstract . The muses and the mythologies were carried on verbally and through memory. They never had it written down so I kind of feel like that’s how I went about it when I did the work. I will show 9 paintings of the muses and then I will finish one other painting. 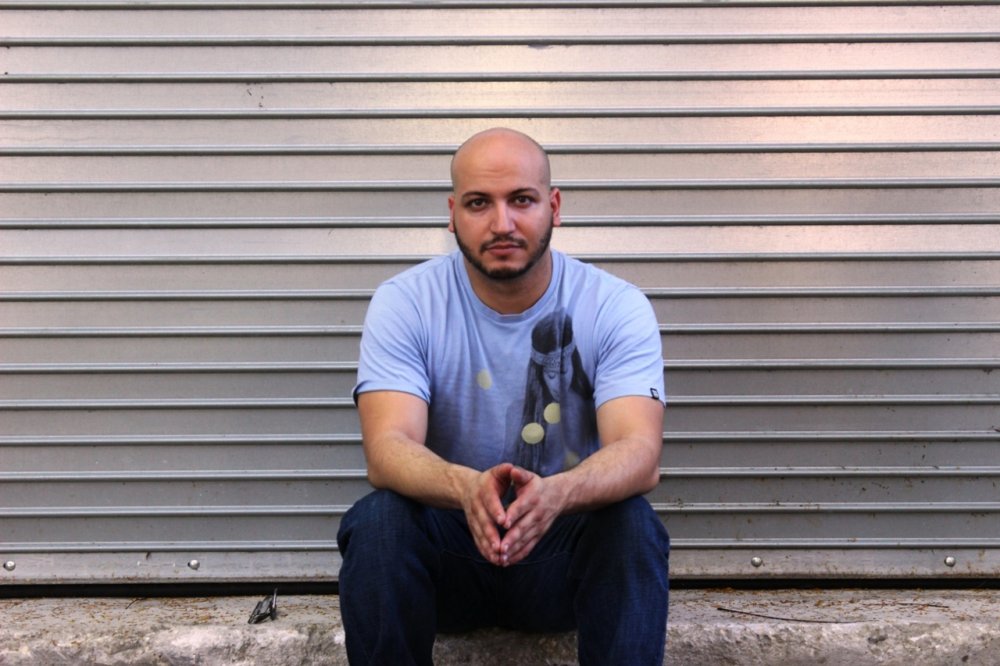 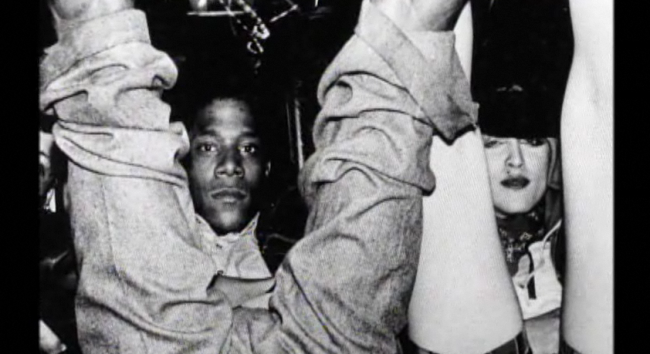 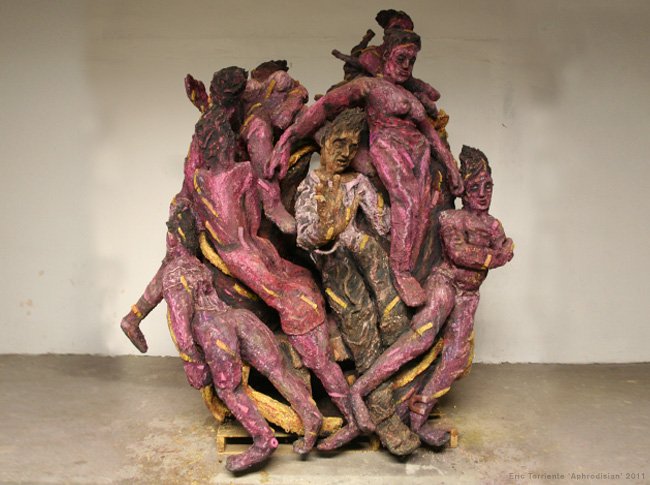 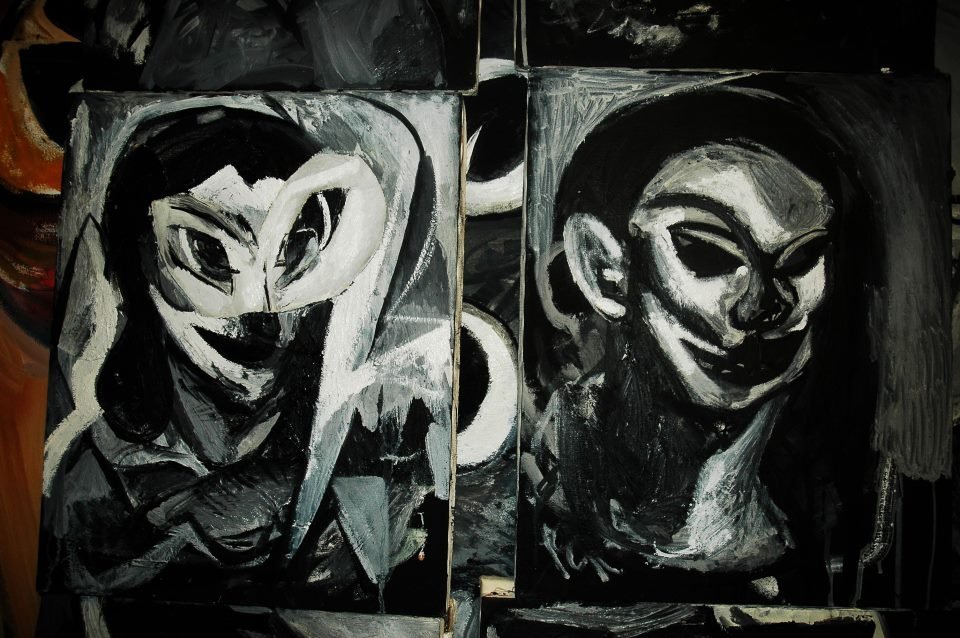 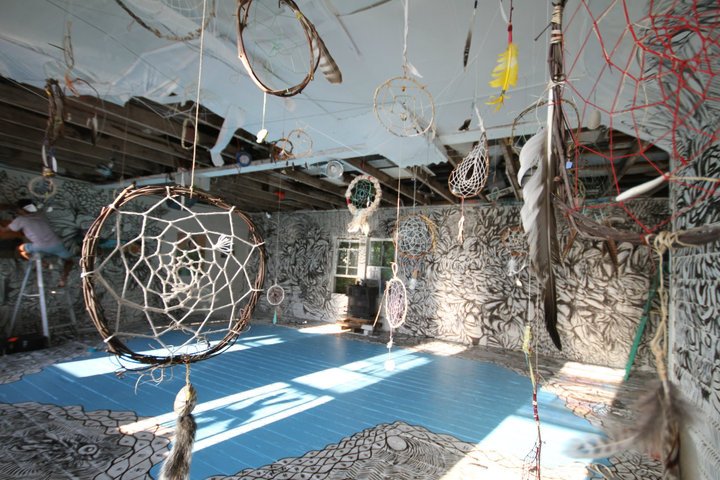 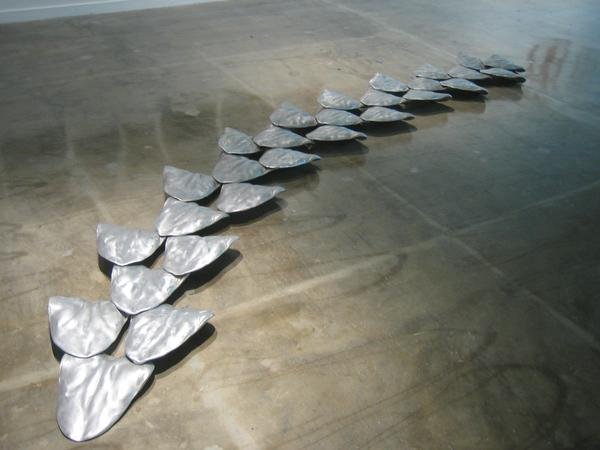 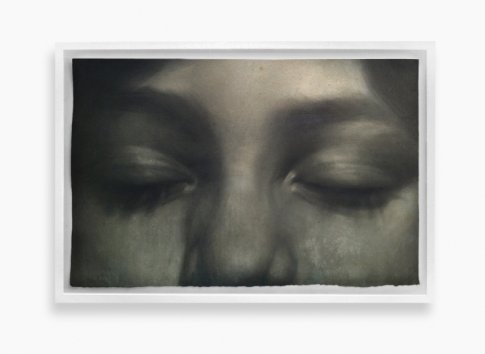 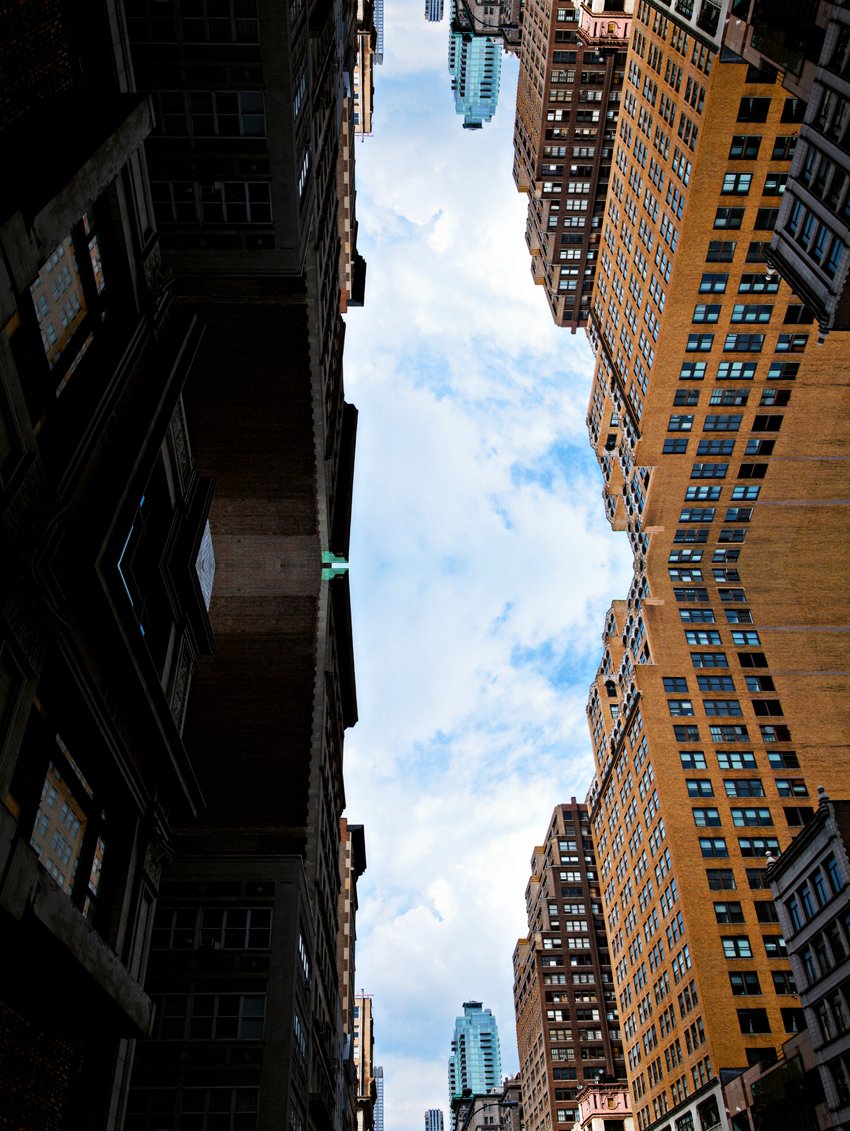 "It’s gambling with different artists that we admire, that my friends admire. That’s kind of my philosophy for all the shows."