Make Me Some Doughnuts

Ring doughnuts are formed by joining the ends of a long, skinny piece of dough into a ring or by using a doughnut cutter, which simultaneously cuts the outside and inside shape, leaving a doughnut-shaped piece of dough and a doughnut hole from dough removed from the center. This smaller piece of dough can be cooked or re-added to the batch to make more doughnuts. A disk-shaped doughnut can also be stretched and pinched into a torus until the center breaks to form a hole. Alternatively, a doughnut depositor can be used to place a circle of liquid dough (batter) directly into the fryer. 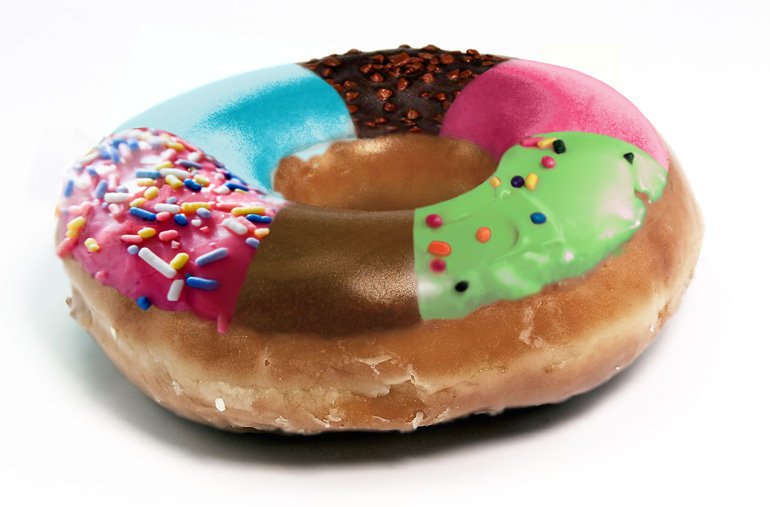