Revok vs. Giant: The Video Game

BONUS LEVEL: REVOK VS. GIANT from Diego Bergia on Vimeo.

From Diego Bergia: "Now that I've got two graffiti legends down with the project, I figured I'd create my version of the Street Fighter 2 car destruction bonus round. I'm working on a longer piece right now, but couldn't resist getting this out in the meantime."

This is amazing. 2 world class graffti artist battle it out Street Fighter style...sort of! Even better! 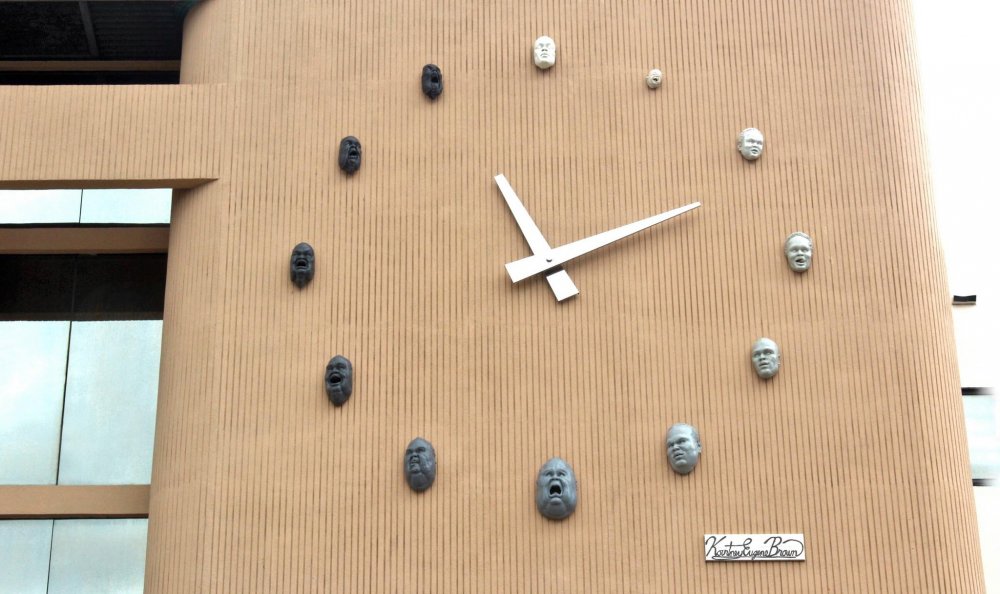 A better view of "Creos Aetas" Timepiece Installation, Borinquen Healthcare Center Headquarters, FL. These joyful yet menacing heads make up this interesting clock right in the center of Miami’s design district. As each hour passes the heads go from light to dark literally and figuratively. Brown lives and works from Miami, FL. He is also an active Freemason. 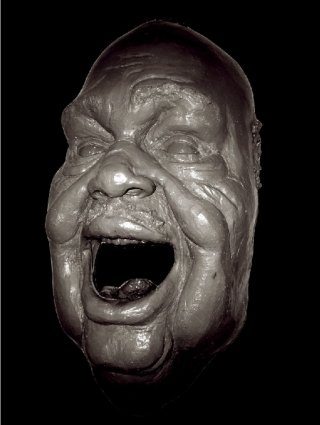 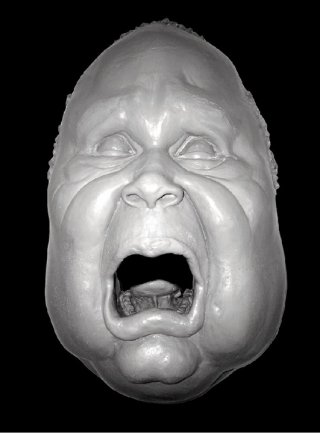 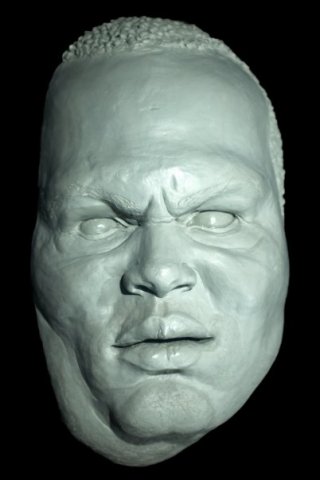 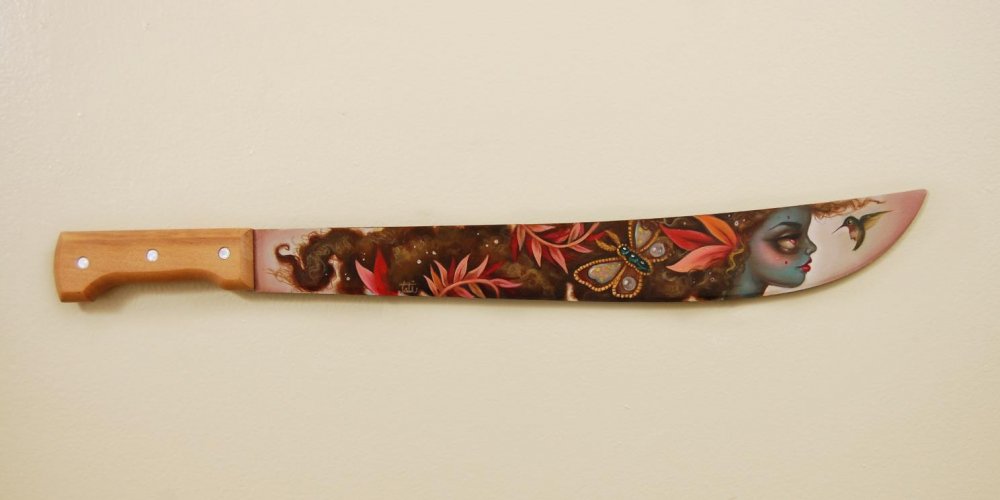 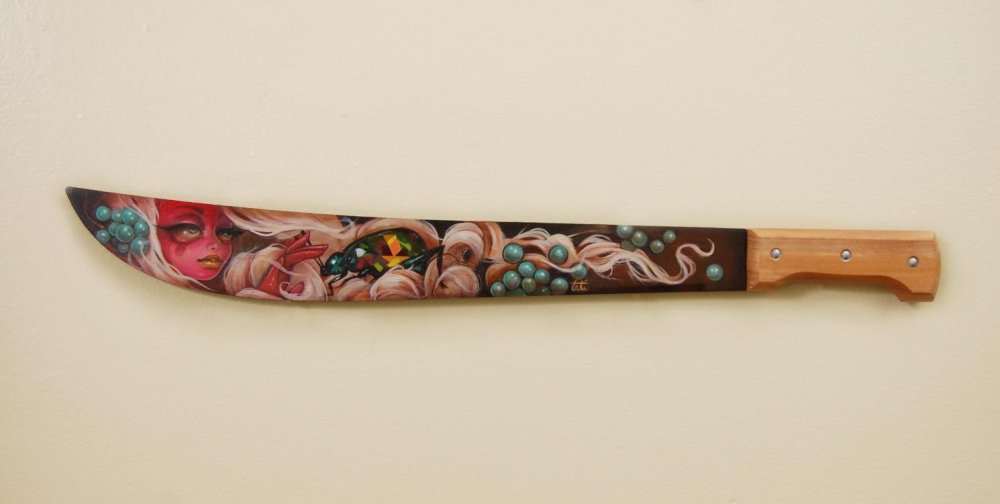 Tati Suarez is an artist/illustrator that works from Brooklyn, NY by way of Miami, FL. Her work pulls from pop surrealism and imagery of the Brazilian orisha Yemanjá. She incorporates her own personal motifs of bugs, fruit and wildlife into the long, at times curly hair of goddess figures that end up as oil canvas paintings and giant murals. The image in this post is titled " Caiubi " Oil on Machete 2012. Via: Tati Suarez 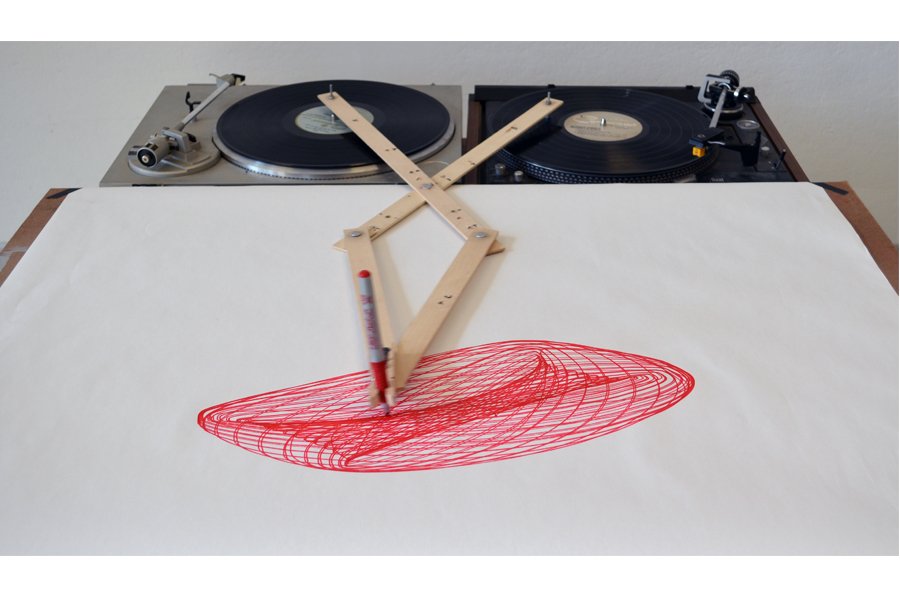 The revolution of the records create drawings that serve as a markers of temporality.  The drawings also speak to the idea of the editionable print through their ability to be replicated using domestic materials. 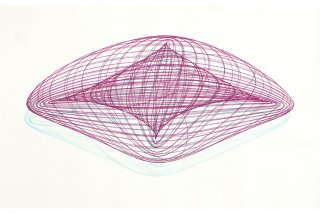 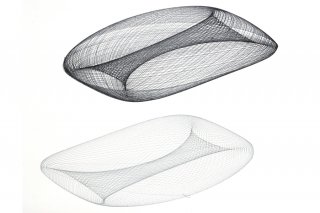 Designer/artist Robert Howsare has discovered a new drawing tool. It would be interesting to see him develop more drawngs by other musical or domestic materials. Make sure to check out the video at the bottom of this post. It's hypnotizing! 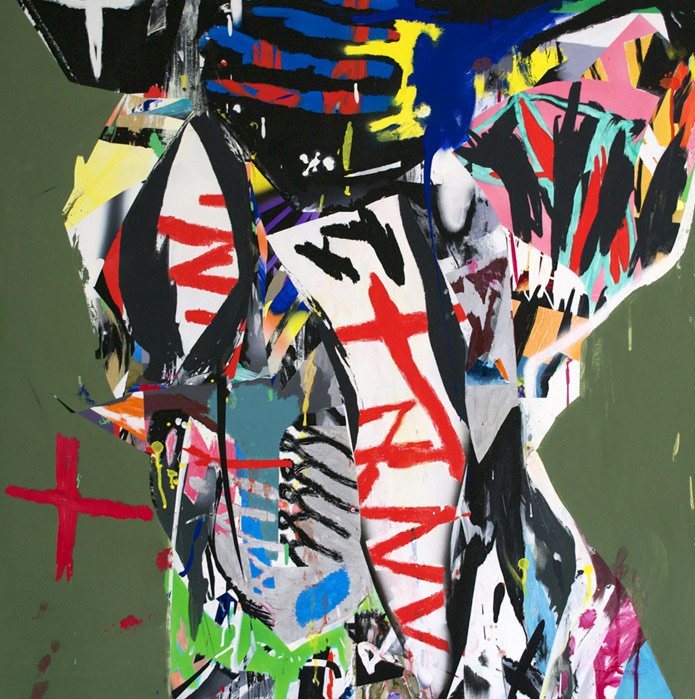 "The paintings have been conceived as portraits. Occupying the gap between figuration and abstraction they exploit the tendency to see faces where none exist and in turn be interpreted according to an individuals own unique visual hierarchy."

I pretty much discovered the work of Cain Caser about 2 days ago. I am pretty aware of what is happening in art and design. So, when I discovered the maturity and energy of Caser's work I was very confused why I have never seen it before or why he isn't more popular. That is art for you! At any case, his Flickr page is endless eye candy.

His work makes you think of so many well-known painters yet the integrity of his work shines above all. When looking at his work on the computer screen, it is very difficult to determine whether his paintings are digital, collage or what. But, after much research they are collaged paintings with mixed media and photocopies as well. Below is a quote from an interview he did with Sick of the Radio. 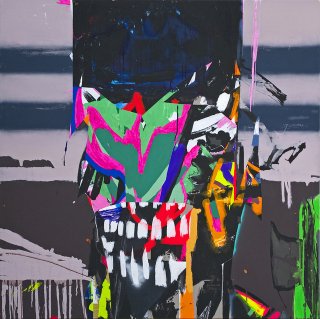 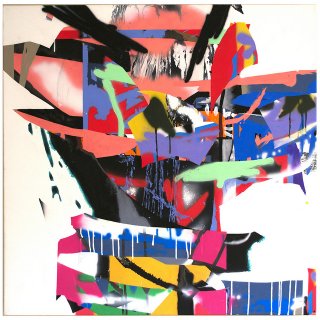 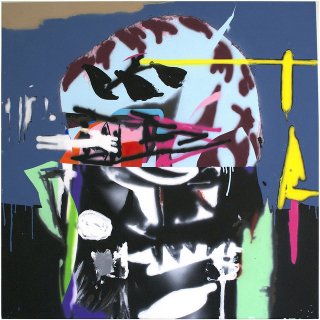 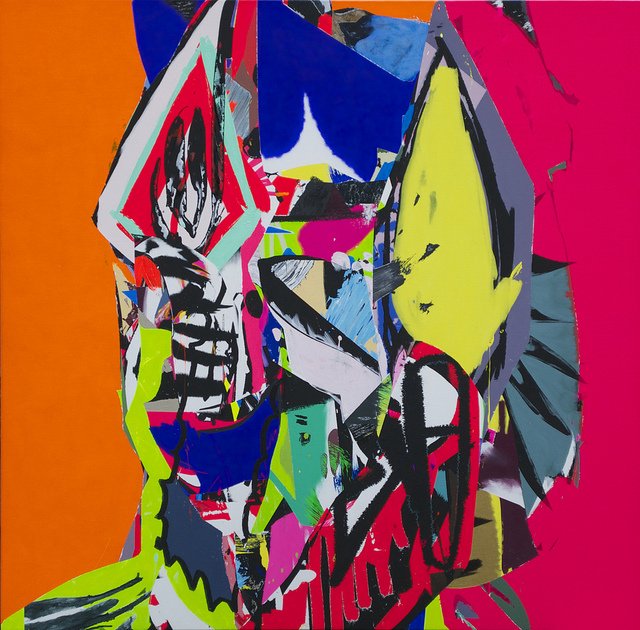 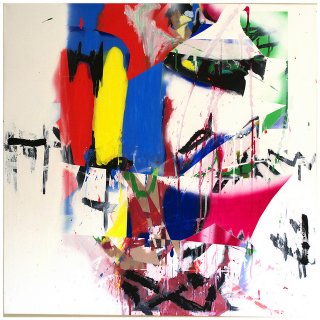 "As a kid growing up I was obsessed with graffiti. I lived near the end of the Metropolitan line so everything that was going on in London was delivered straight to my doorstep. The people, style, mystery and adventure of it completely fascinated me.By twelve years of age I had started writing graffiti and at sixteen it was dominating my life."

Via: Sick of the Radio + Cain Caser 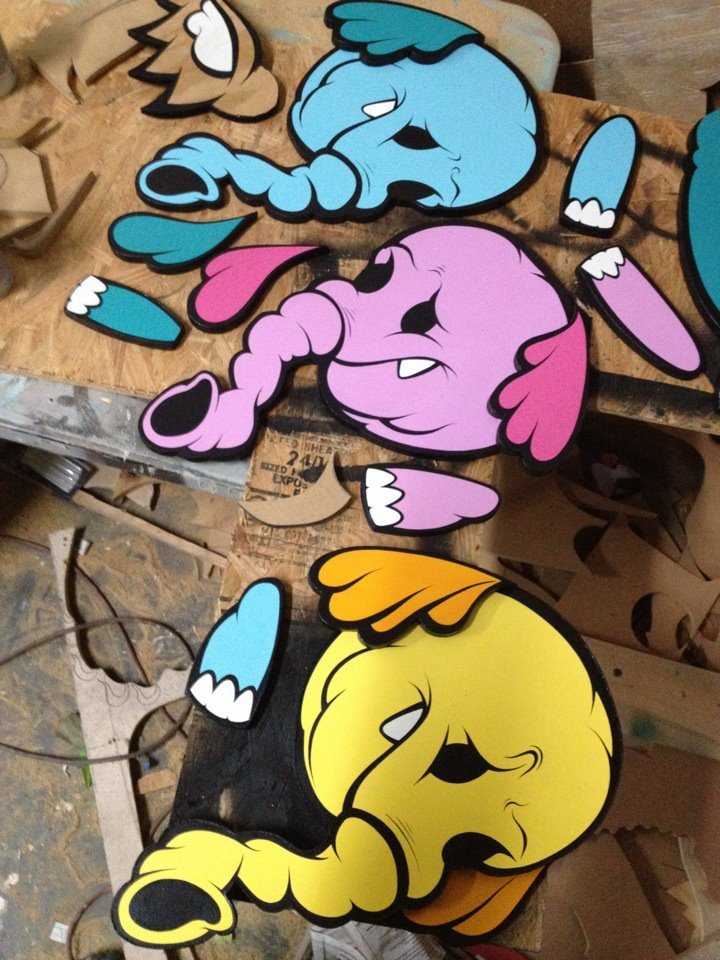 Alex Yanes was born in Miami , July 20th 1977. His art is characterized by the romanticism and sublimeness of its color, content, and the deliberate precision of its form and lines. It is the duality between the conceptual and the graphical that makes his art both inspiring and accessible. Yanes' art serves as a metaphor for the conflict between reason and imagination and the divided nature of the human spirit.

Along with vivid colors, he uses bold outlines to define his intricate figures. His most recent works are mixed media, three dimensional images. This process consists of drawing then cutting the image out of panels using power tools. Once they are cut, the individual pieces of the puzzle are sanded and painted using a mixture of acrylic , spray enamel and epoxy resin. Finally , the pieces are attached in multiple layers, revealing a multi-dimensional experience. Yanes is represented by Michael Margulies.

Elephant in the Room 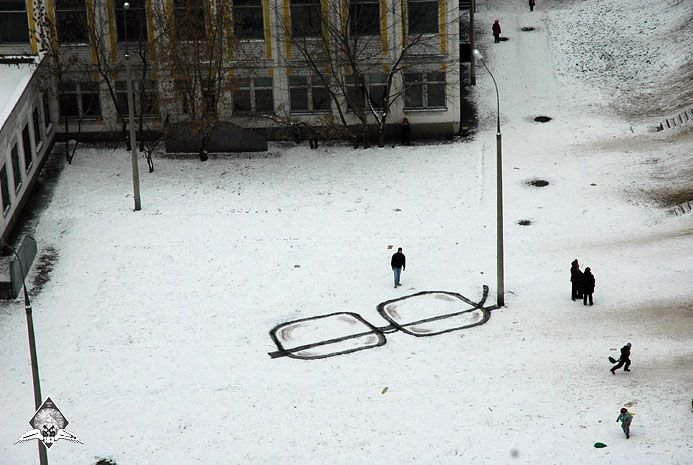 We recently discovered Pavel's street work by various blogs. He works out of Russia and he uses the urban enviroment in very  new and powerful ways we haven't really seen before. His more traditional street art is cool, but not as strong as the work like the one on this blog post. He should keep rockin' things like this! Check out a collection of his work here.

Inspired as much by dreams as by chance encounters with complete strangers, his beautiful creatures with their pensive and melancholy expressions, evoke feelings of love, sadness and longing. Dark-haired figures dominate sparse backgrounds giving the impression of characters alone in the desert or even outer space. Spanning time as well as space, Rubino draws on sepia toned paper and attires his subjects in anything from Victorian dresses to S&M spiked heel black leather boots. These juxtapositions give his works a timeless quality that adds to the eeriness and universality of their appeal.

No matter their attire, the figures are stoically composed; whether they look ahead at the viewer or off into the distance their gaze is of such intensity the viewer can only begin to imagine what memory or daydream consumes them. The black graphite and the restraint Rubino employs to make the drawings reveal a dark undertone to the work that addresses the human capacity for evil and destruction in the face of beauty.

With his artwork, Rubino creates an elaborate cosmology that encapsulates his views on the interconnectivity of individuals throughout history and his belief in karma and an ever-flowing energy through which everything is bound.

Rubino, is a self-taught Argentinean, first known by local police and the admiring public for his exquisite graffiti paintings, is successfully channeling his energies and gaining attention in the art world. 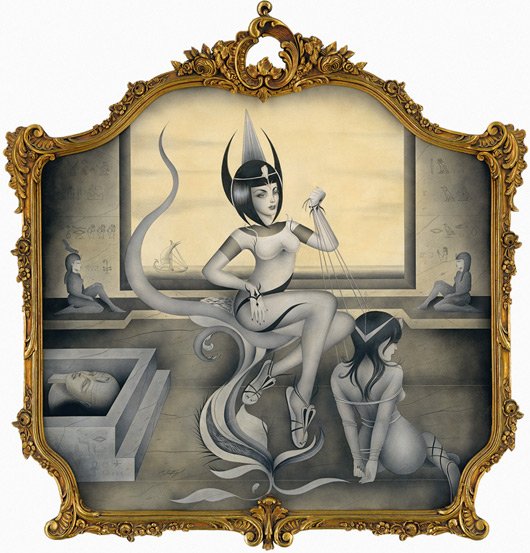 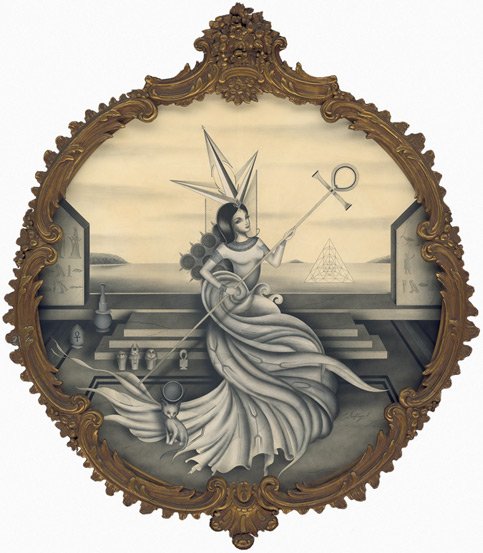 I've been following Santiago Rubino's work for years. His drawings have crazy detail and the narratives tap into a place we can all connect with. His murals are just like his paper drawings. Check him out. 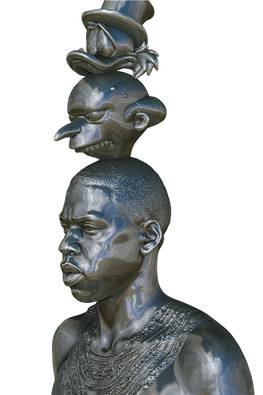 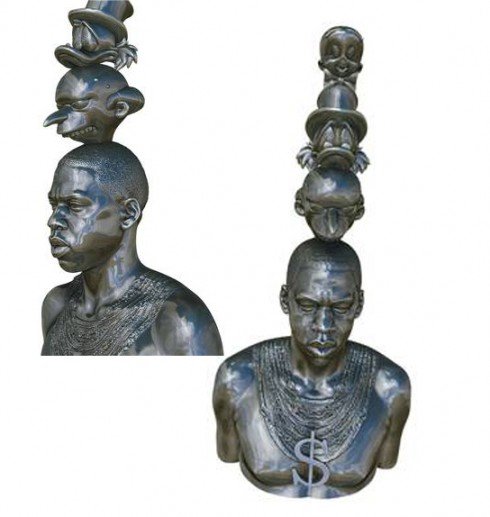 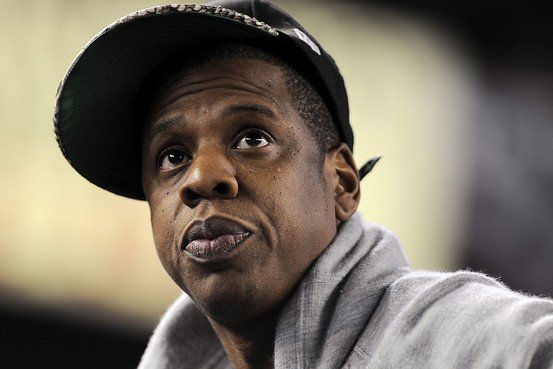 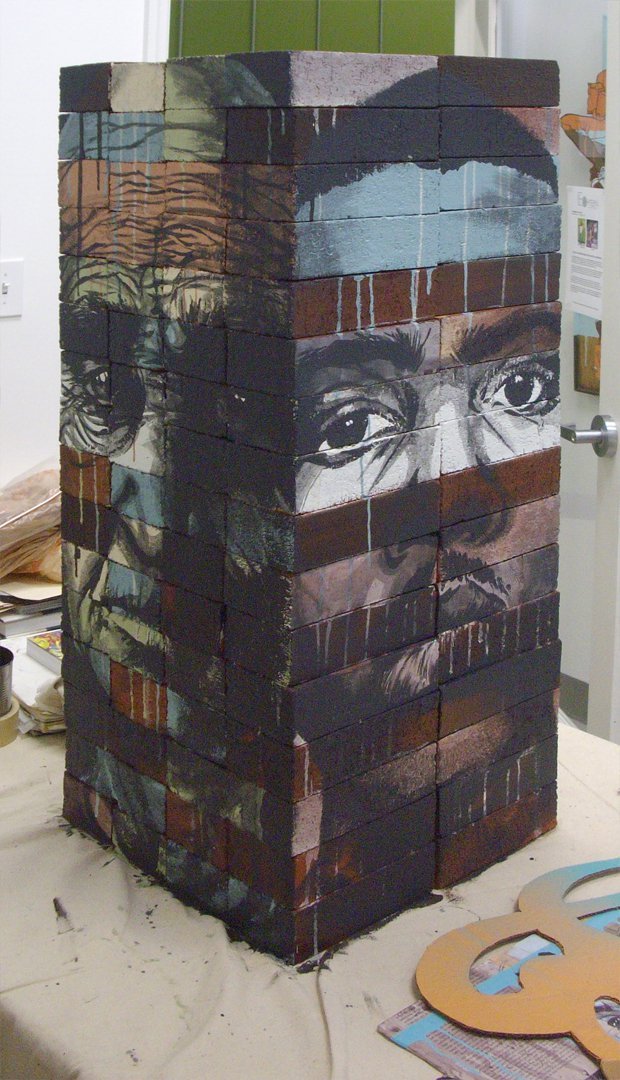 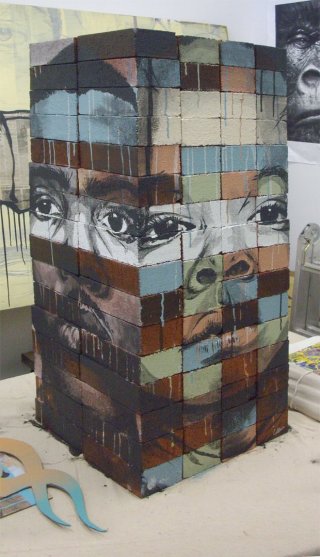 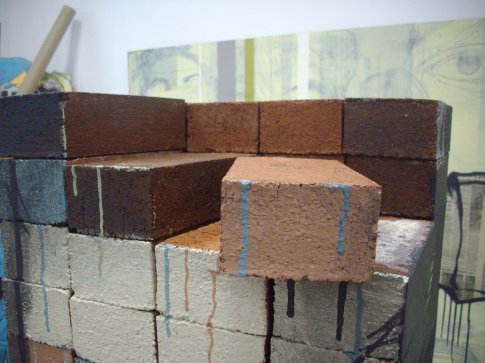 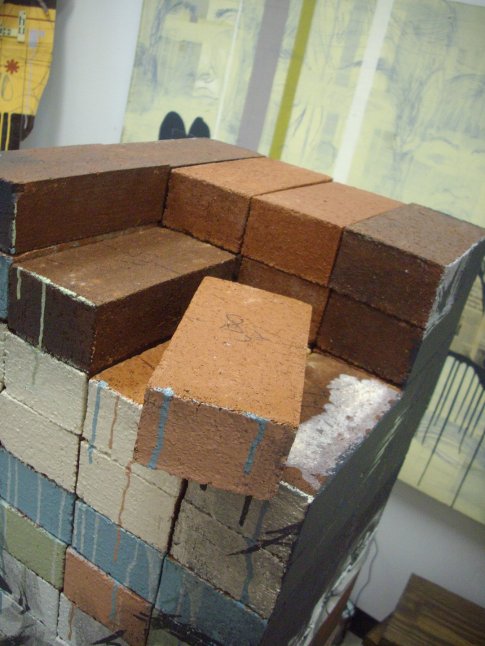