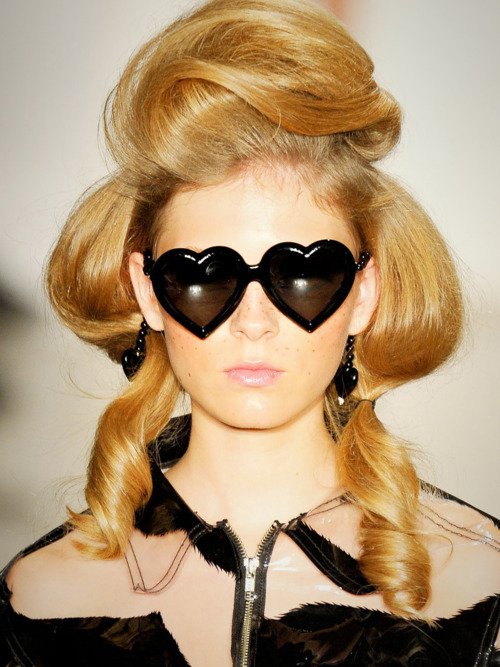 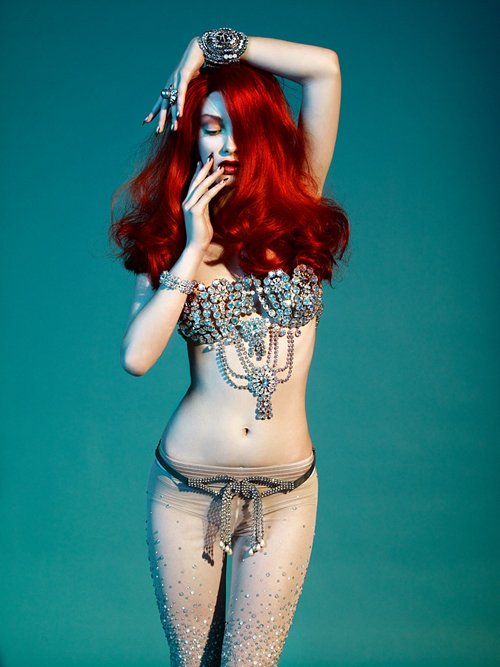 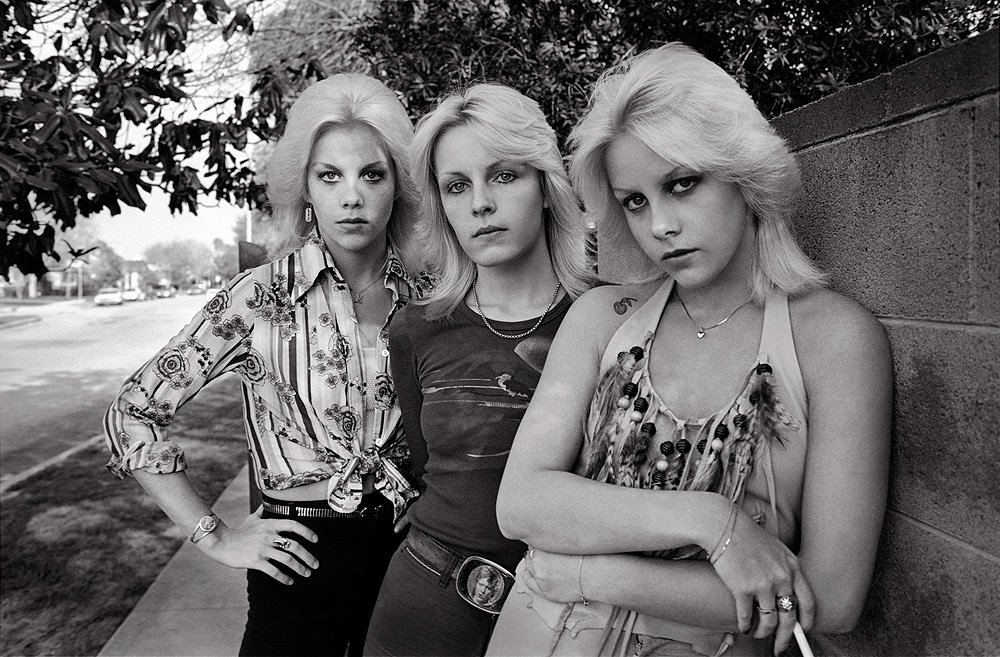 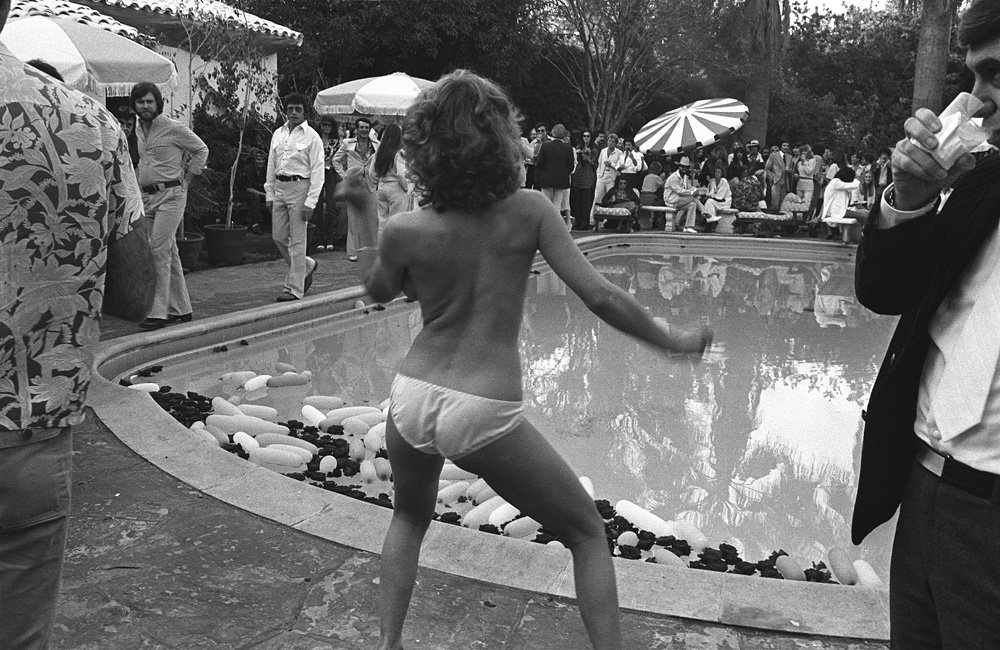 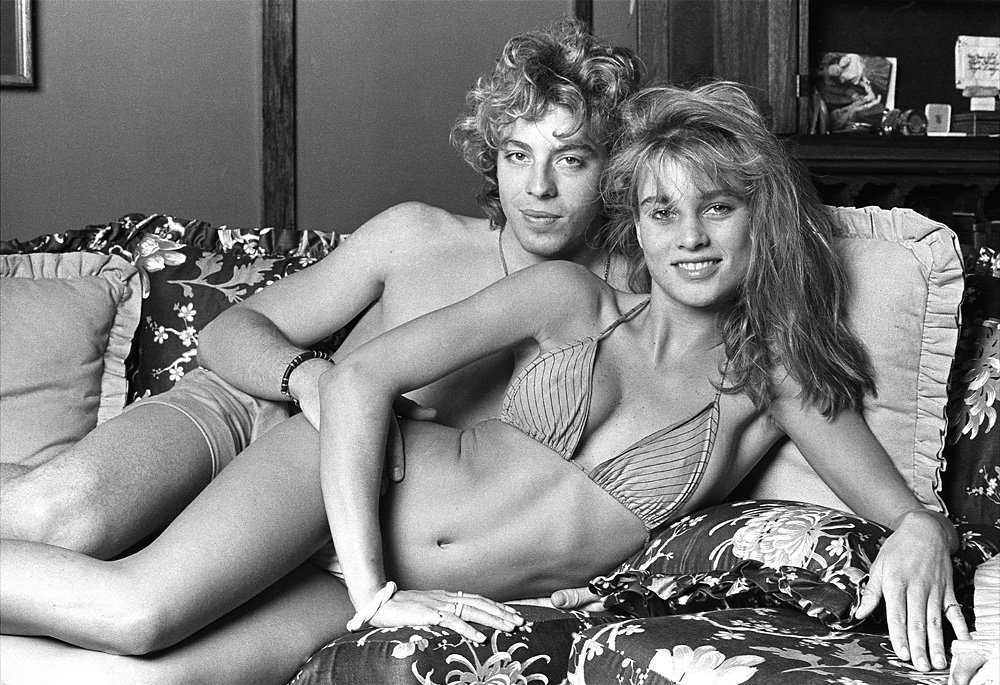 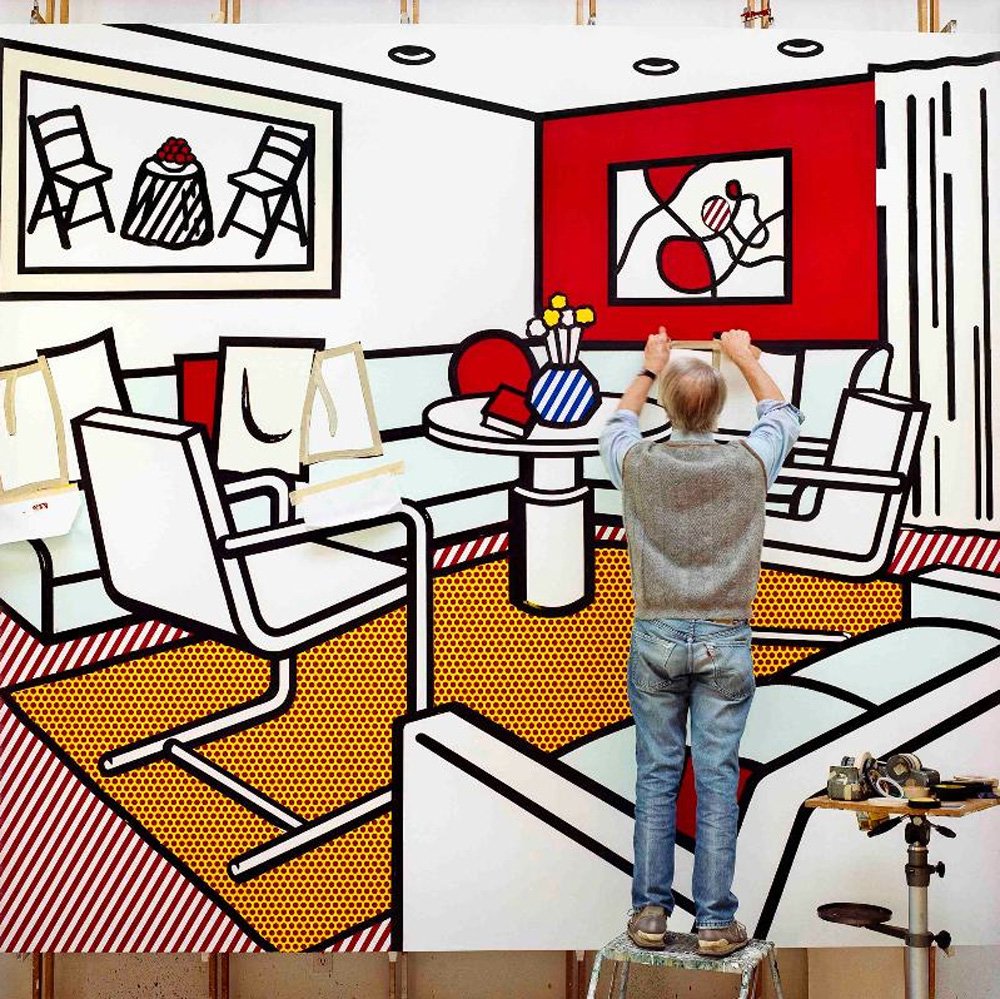 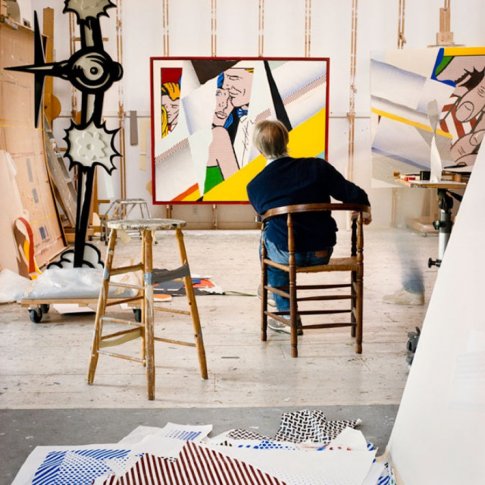 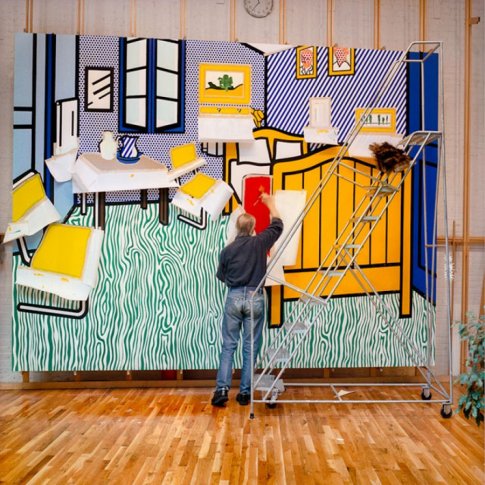 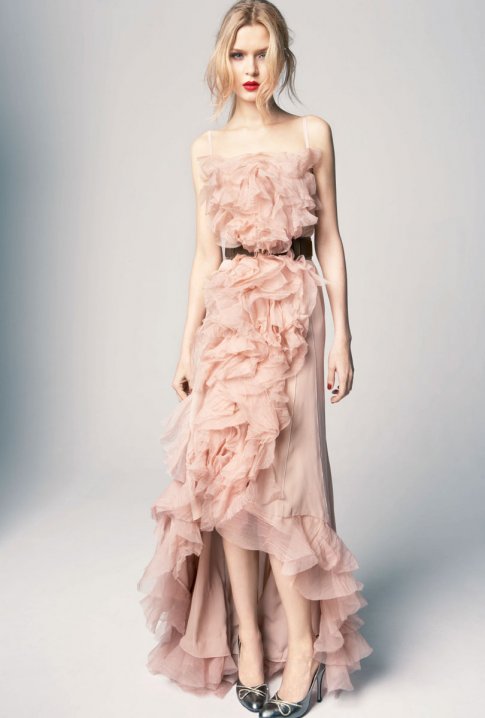 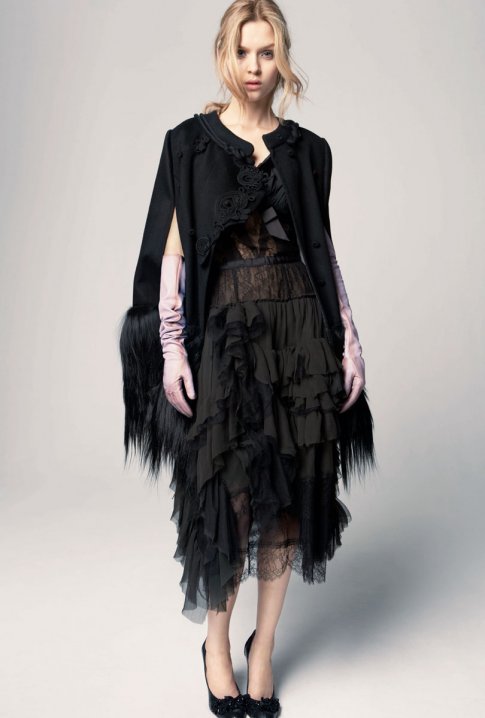 Anastasia Ivanova in "Forget Them Winter"

Anastasia Ivanova in Forget Them Winter ‘11 by 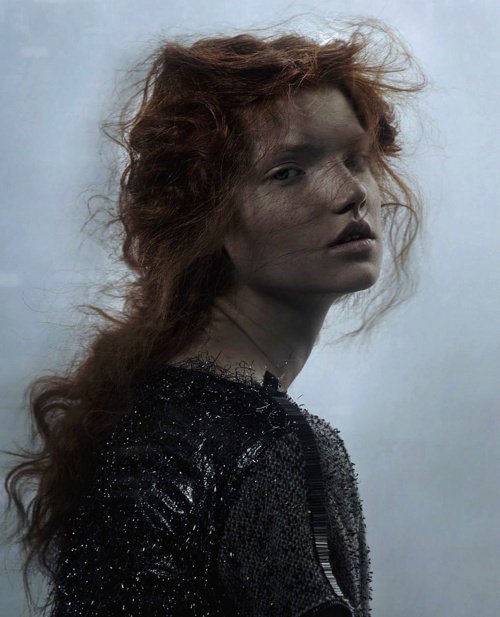 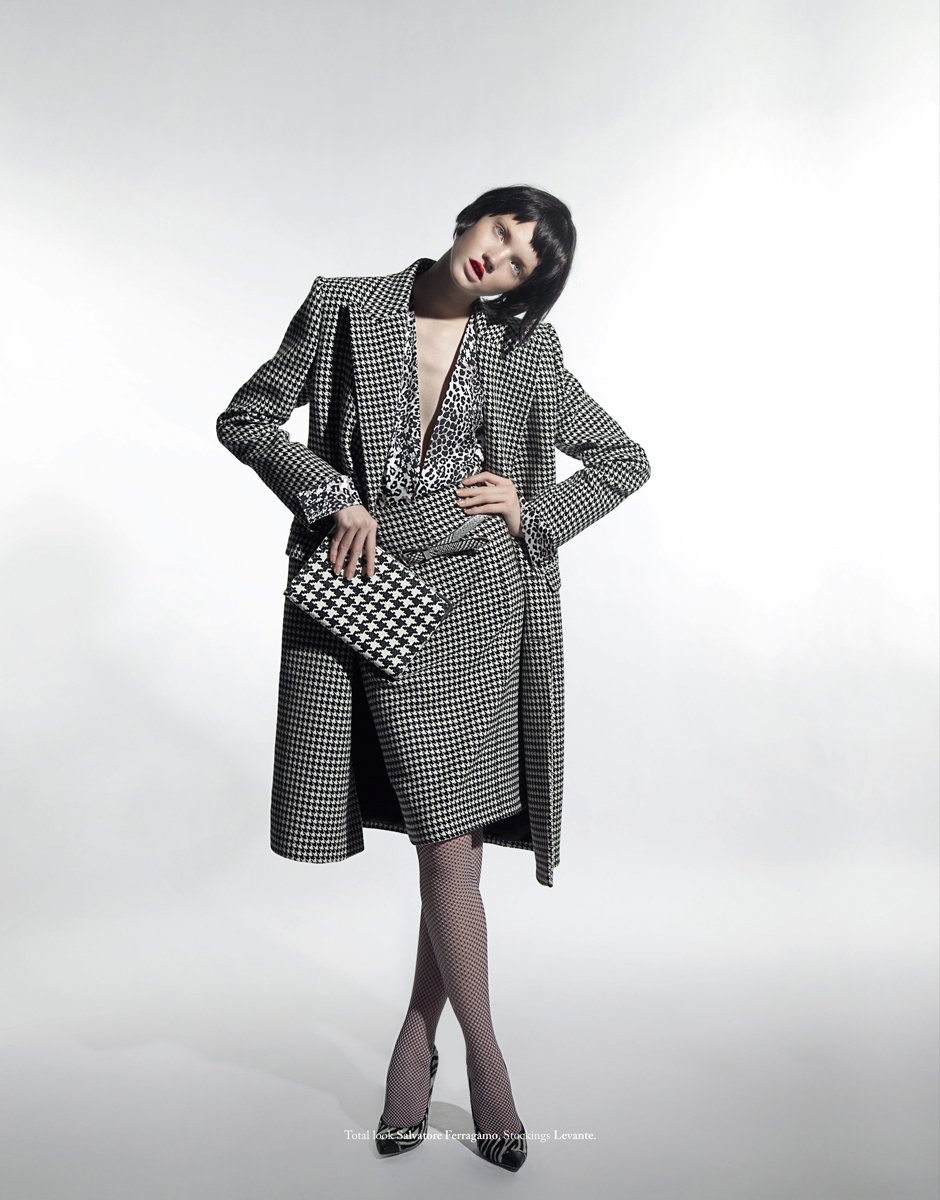 I love this photo shoot. the facial expressions remind me of paintings and they are pretty slick with the shots overall. See more of them here.

The Cuban-born artist duo Guerra De La Paz have created a series of sculptural art works out of discarded, recycled clothing.  These figures of sculptural iconography are made from t-shirts, shoes, boots, socks and more, many of which have been dug out of secondhand stores in Little Haiti, Miami.  The message Guerro De La Paz conveys with their recycled clothing art is about the consume-and-discard nature of our mass-produced lifestyles.  Our habits of consumption put us so very far away from the creation of the items we use– and just as far away from the piles of trash they become.  Guerra De La Paz doesn’t see trash, in this sense, but an opportunity for artistic beauty and expression. 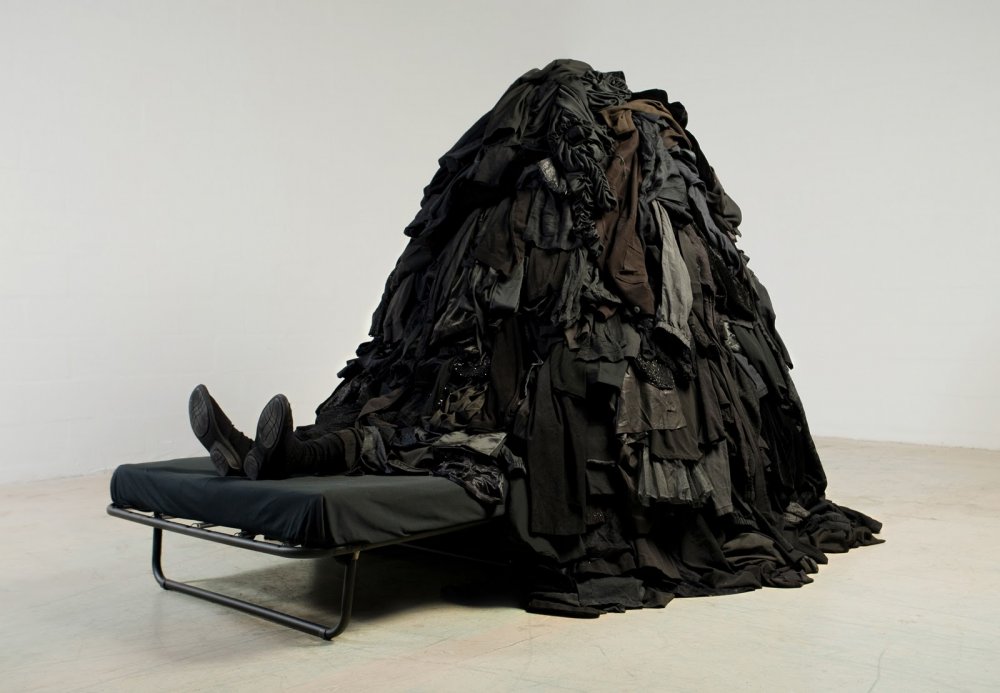 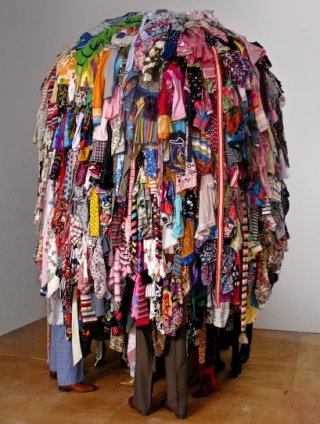 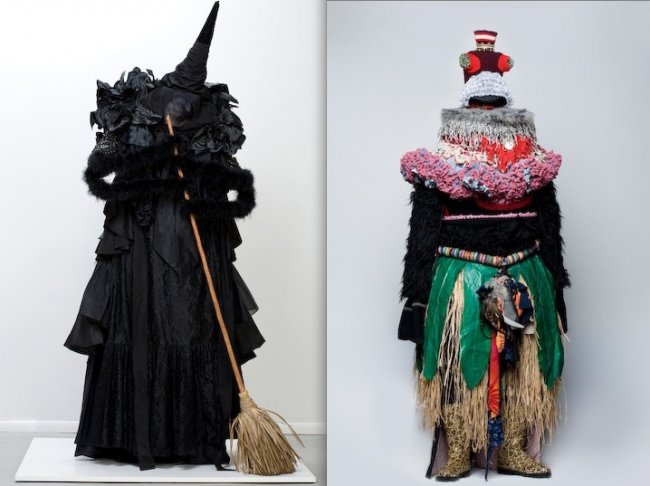 Passion for Fashion: Look of the Day 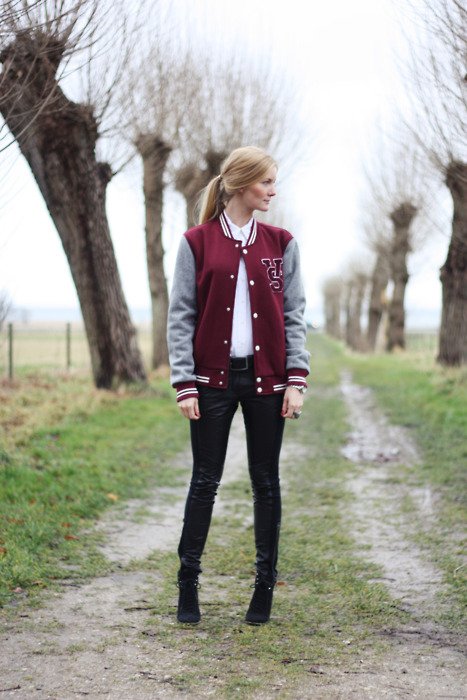 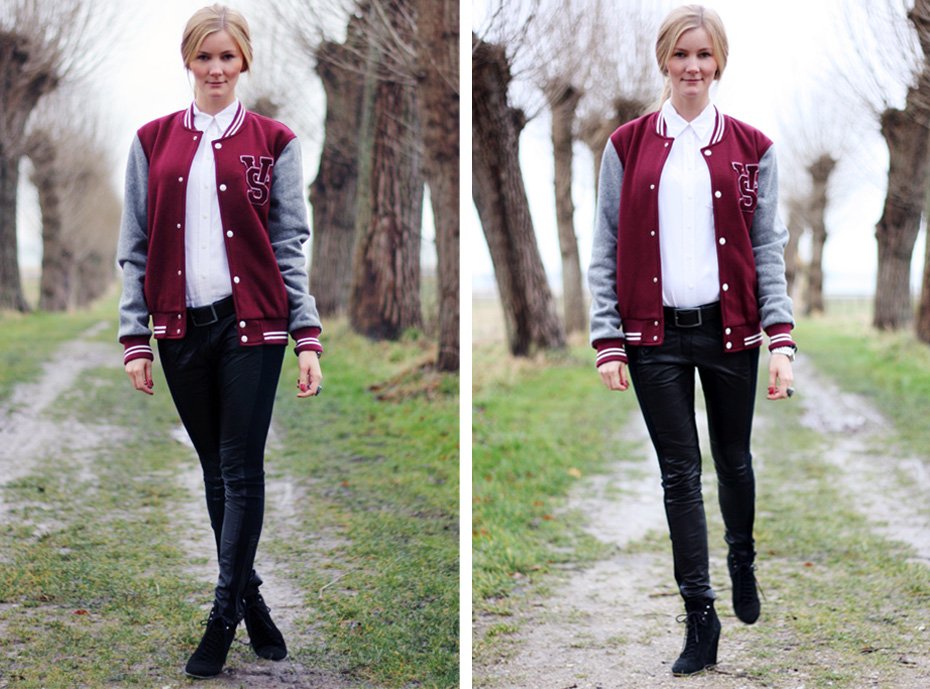 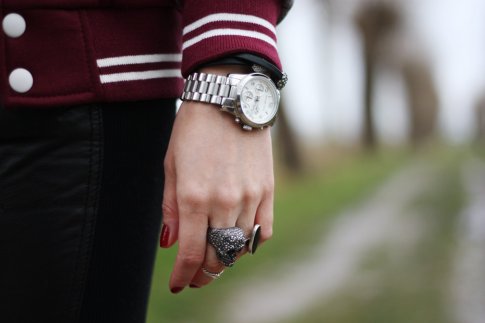 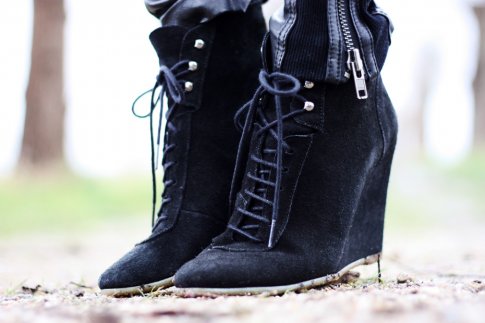 I’ve been looking for the perfect baseball jacket for a while now, but the other day I came across this one in Zara (men’s department). Sometimes it pays off to stop by men’s department in both Zara and H&M! I hope you’ve all had a merry Christmas! ♥

So. Cool. I found this on Passion For Fashion blog. It's updated on a good daily basis. Always something great to see on there.

What is she wearing:

This is Lady Pink, one of the only female graffiti artists active in the ’80s. Jenny Holzer, famous for her feminist postmodern “Truisms,” designed this shirt and Lady Pink wore it around NYC. 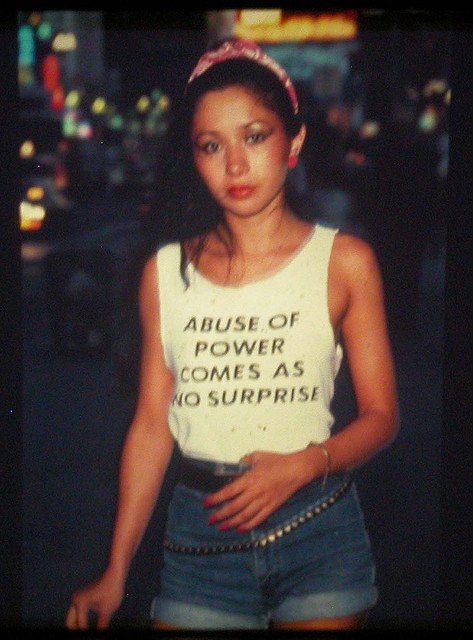 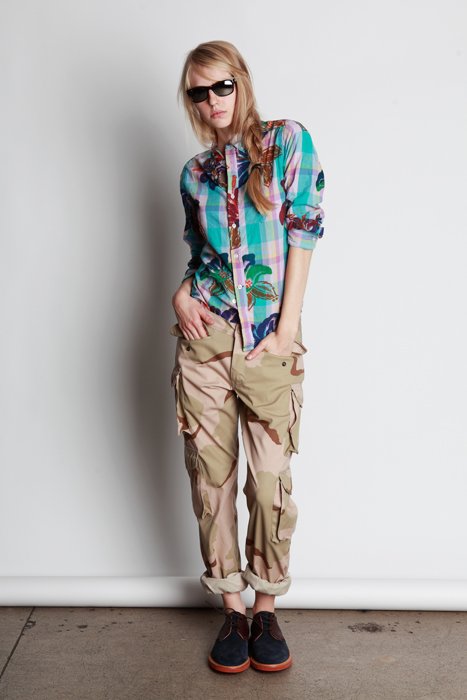 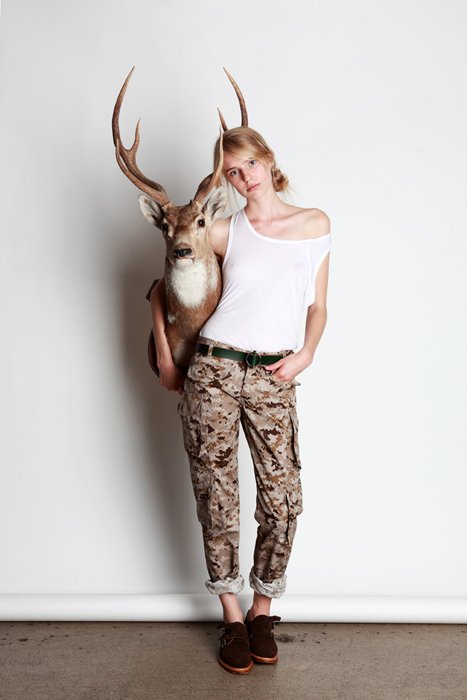 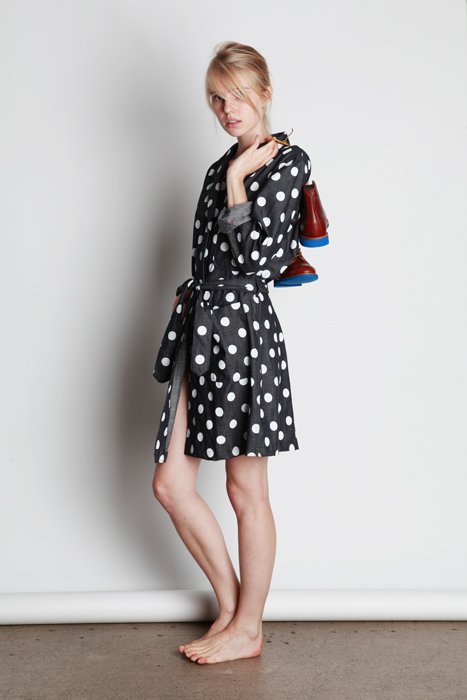