I LOVE ME SOME BECKMANN, MAN! 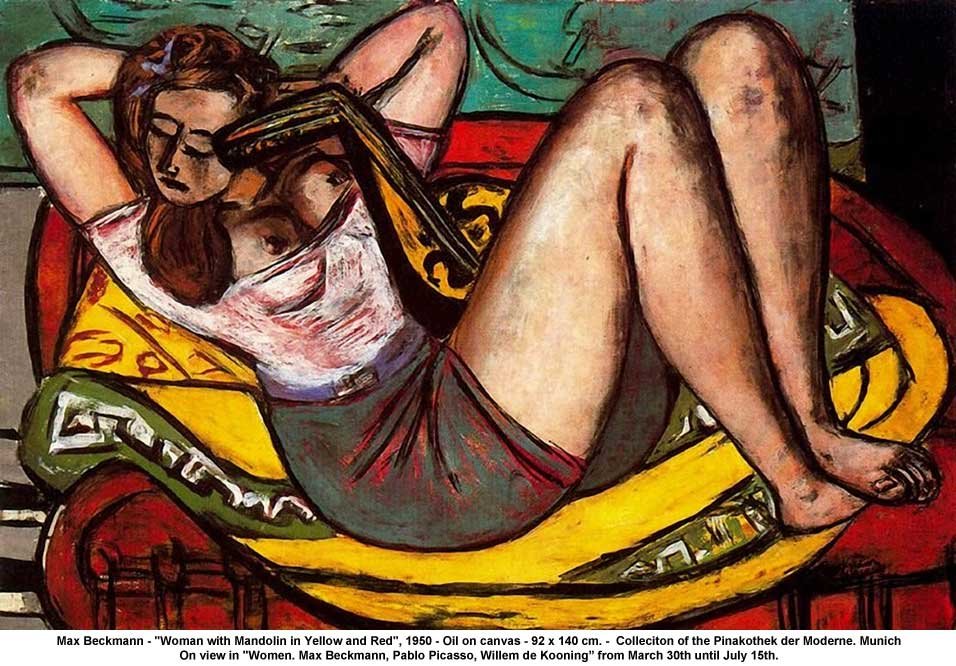 While living his last years in NYC, Beckmann's art took a colorful and ambitious turn.With the liberation of the Netherlands in 1945, Beckmann had an exhibition at the Stedelijk Museum in Amsterdam. The next year he had a major exhibition at the Curt Valentin gallery in New York City. In 1947 he accepted an invitation to teach at Washington University in St. Louis. The following year the City Art Museum of St. Louis gave him a retrospective, which brought him the highest acclaim in the art world. In 1949 Beckmann received first prize at the Carnegie International and taught at the Brooklyn Art Museum. In the summer of 1950 he died in New York.

The artist did some great paintings and got some great respect in his final years.