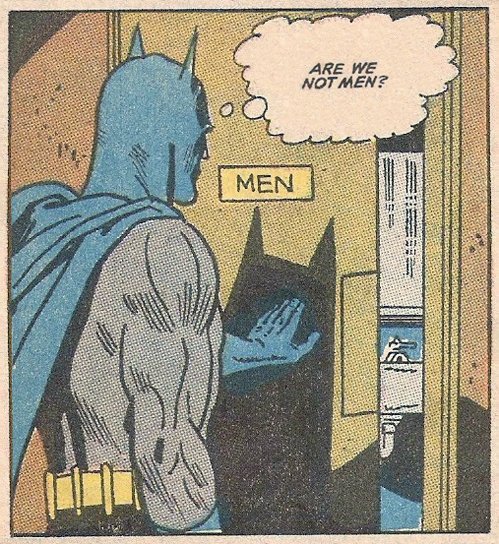 Mark Harvey, aka Baltimore Batman, who was banned from Camden Yards for streaking in Batman undies and a cape. Harvey has struck again, this time during last night’s Ravens game.

While he was wearing his signature skivvies, his cape has been upgraded, thanks to a very random and unlikely source. After seeing his video in April, Ellen DeGeneres sent Harvey a cape with her face on it to wear during his streaking endeavors.

“I don’t want to encourage behavior like that,” the daytime talk show host said on her show. “But I will enable it.”

Harvey wore that cape and painted “Don’t be a bully, be a superhero” on his chest, something he says is meant to promote anti-bullying awareness. He’s now a streaker with a cause.

“Bullying is a real problem in America, and I am here to stop it. We all have super powers and it’s time to put them to use,” Harvey says on his website, BiggerThanBullying.com. He’s selling T-shirts with the message and states that “by purchasing an item you will support a foundation that is fighting to stop bullying, child abuse, or both.” He doesn’t list specific foundations on the site, or exactly how much of the proceeds will be donated, so purchase at your own risk.

STREAKS AGAIN IN HIS UNDIES